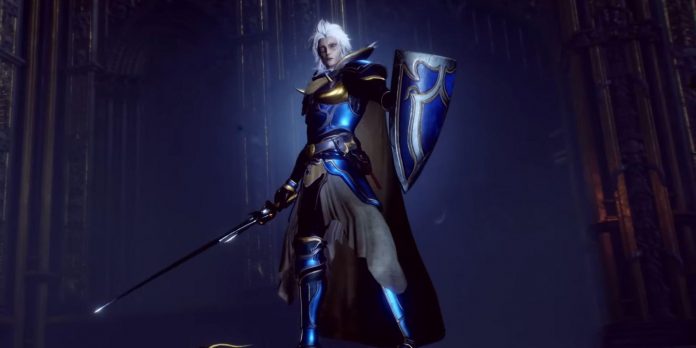 Stranger of Paradise: Final Fantasy Origin will soon add its first of three DLC waves, with Trials of the Dragon King launching on July 20. Trials of the Dragon King will add new jobs, weapons, equipment, and options for the player. The DLC will also feature some difficult boss battles, which may have the answer to the lingering questions left from the original game.

The Stranger of Paradise Season Pass will feature three DLC waves: Trials of the Dragon King, Wanderer of the Rift, and DIFFERENT FUTURE. The Wanderer of the Rift title suggests that Gilgamesh from FF5 will be a boss, as he has done in games like FF13-2 in the past. The DIFFERENT FUTURE DLC is more of a mystery, as content involving the new Warriors of Light is already set to happen in Trials of the Dragon King. Maybe DIFFERENT FUTURE will let players experience Stranger of Paradise as the new Warriors of Light, turning it into a more traditional remake of FF1?

Related: Stranger Of Paradise Cut One Of FF1’s Most Important Bosses

Trials of the Dragon King is a meaty expansion that is going to add a lot of content to Stranger of Paradise, especially for those who have already completed the game. Stranger of Paradise ended with a lot of questions unanswered and it’s possible that the Dragon King will be able to fill in the blanks. Trials of the Dragon King will include new jobs that tie into classic Final Fantasy concepts, as well as finally letting the player change which character they are controlling in battle so that Jack can finally be sidelined for one of his companions who isn’t quite as angry about Chaos.

Stranger of Paradise has an expansive job system, with Jack able to switch between two jobs with the press of a button. Trials of the Dragon King will add three jobs to the game: Evoker, Summoner, and Pilgrim. The Evoker and Summoner jobs bring the iconic Final Fantasy summon magic into the game, albeit in different ways. The Summoner job in Stranger of Paradise allows Jack to call on Bahamut in battle and control his actions, such as performing the powerful Megaflare, Gigaflare, and Exaflare attacks. The only downside to summoning Bahamut is that he drains MP and maximum MP when called, so players can’t rely on him throughout the game. The Evoker summons a much weaker spirit that fights alongside the party, but it doesn’t drain MP when used, and it can perform a number of useful healing spells and status effect attacks on the enemy.

The third new job is tied to a new weapon type in Stranger of Paradise. The staff can break into smaller segments that are linked by a chain, allowing for sweeping attacks that cover a large area, as well as long-range attacks that can close the distance on foes. The Pilgrim job adds a hook to the end of their staff, allowing Jack to perform attacks that will drag enemies closer towards him, or allow him to grab onto enemies and leap into their range. One of the biggest additions in Trials of the Dragon King is accessory items, which are a Final Fantasy standard that is only just becoming part of the game. Accessory items can improve stats, grant new buffs, and even give the player access to enemy skills, which can normally only be extracted from them during combat.

There are two significant new boss battles that will be added in Trials of the Dragon King. The first boss battle will add Bahamut to Stranger of Paradise, which most fans guessed when the DLC was first announced, as Bahamut is the titular Dragon King and he was notably absent in Stranger of Paradise, despite being part of the story of FF1. Jack and his friends will fight Bahamut, even though it’s implied that he is an ally of the group and is only testing their strength to make them stronger for the trials to come.

Jack will also face the Warrior of Light in Trials of the Dragon King. The ending of Stranger of Paradise confirmed that Jack took on the Garland persona as a way of “creating” the Warriors of Light so that they could help the world break out of the cycle created by the Lufenians. The game ends with Jack facing four Warriors of Light, with their leader resembling the character on the original FF1 cover artwork created by Yoshitaka Amano. The lead Warrior of Light also uses some of his moves from the Dissidia Final Fantasy series, including Dayflash, which Jack will need to overcome.

The Witcher: Season 2 Is Praised By The Author Of The...

Teddy Mellencamp was “not surprised” that Vicky Gunvalson wasn’t asked to...