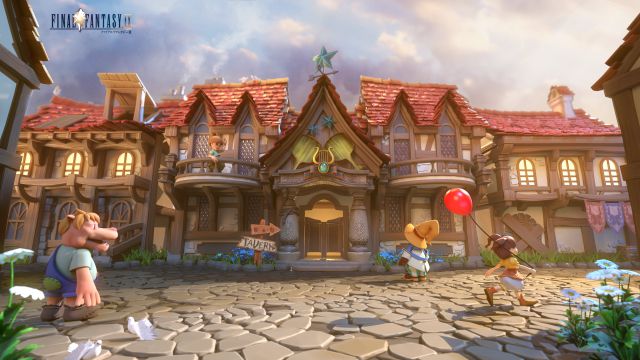 Final Fantasy IX: It is not a remake in any case, since it has not been conceived as a video game, but as a kind of tribute. What would Final Fantasy IX look like if it were released today and the visual style of the original was respected? The Square Enix classic celebrated its twentieth anniversary in 2020, but beyond an improved port, the Japanese company has not developed any revamped version. Final Fantasy IX: Memoria Project is a fan project that tries to reimagine what the game would be like with contemporary graphics. The first images that have been published show characters and settings … and you can see them just below these lines!

It should be noted that we are not facing a remake, since the followers behind the project have made it clear that it will not be a video game or a playable demo. They explain that they do not want to violate Square Enix’s copyrights, since it should not be forgotten that almost all remakes made by fans end up canceled after the company in question threatens to sue and paralyzes developments.

What is Final Fantasy: Memoria Project?

“Final Fantasy: Memoria Project is a non-playable project developed by a group of professional developers and artists from the video game industry,” they explain on the official website. “The goal is to reimagine what this legendary title would look like if it were remade with modern graphics.”

According to his words, the ninth main installment of this role-playing saga is very close to their hearts. “This is a non-profit love letter” has been created “as a tribute to the masterpiece” that was originally released in 2000. “We hope you enjoy our approach and re-experience that charm that made the world of Gaia so captivating ”.

Final Fantasy IX follows the story of Yitán, a petty thief who is dedicated to robberies and theater. Everything changes when he is hired to kidnap Princess Garnet von Alexandros. At that precise moment he will begin an adventure that will lead him to fight to save the world from chaos and death.