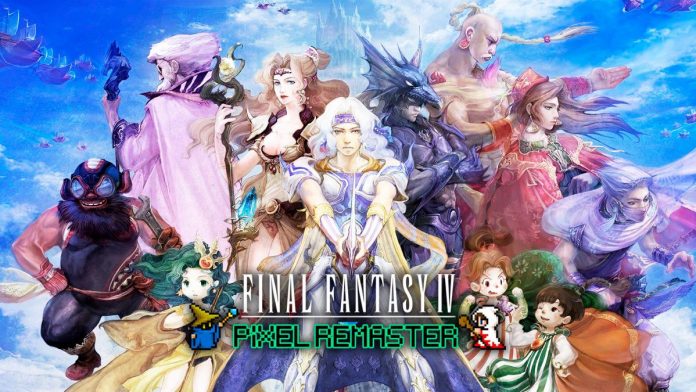 Final Fantasy IV Pixel Remaster: The first installment of Super Nintendo comes to PC and mobile devices with improvements, some extra amenities and a fantastic revised soundtrack. For few it should be a surprise that Square has decided to dose the launch of Final Fantasy IV, V and VI despite the simultaneous premiere of the first three installments. Although they are all part of the same series, called Pixel Remaster for the unification under a classic pixel art after experimenting with more modern styles or polygonal graphics in some remakes, the native Super Nintendo games were always called to receive special treatment. Although the saga reaped important triumphs in its first stage, presenting itself as a packaging alternative to Dragon Quest and evolving significantly between the first and third installments, in the 16-bit generation it was where it truly achieved that legendary status that later It was PlayStation just got bigger.

Recently, on the occasion of its 30th anniversary, we discussed (with spoilers) how in a way FF ​​IV had been the first modern Final Fantasy. Despite being released in 1991 and being limited by a humble technology and the canons of a genre with still a lot of room to grow, it offered a dense narrative development, with a protagonist who had to overcome an internal conflict and not only external, characters who learned and they changed during the course of the adventure, as well as several script twists to keep the player in suspense. For fans initiated in later installments it will seem primitive, but masterpieces such as FF VI or VII drink a lot from the journey of Cecil and company, and even their fights are fought using the system released here, a mixture of turns with real time coined as Active Time Battle. .

The battles themselves were also integrated into the scenery like never before, with characters facing off with certain enemies or even each other in some pre-defined sequences. Sage Tellah, grieving over a recent loss, was hotly going for a future friend. Cecil had to face himself to put his doubts behind him, although the key was not to use the attack command. And the fearsome Golbez overwhelmed the group until an unexpected ally reappeared to balance the balance. Ancient or not, Final Fantasy IV is an essential chapter in the development of Final Fantasy as a saga. And one that we have revisited this week, to complete it again in its Pixel Remaster version and compare it with previous editions.

Red Dead Redemption 3 should focus on the early days of...

How is Asylum 15 in Fallout related to the NKR