The action RPG has a solo campaign and can also be played in online multiplayer with cross-play. The game has several new features compared to the original, including updated graphics, newly composed soundtrack, high-end dungeons in the endgame, new feature in Mimic mode and more.

In addition to the full game, the Lite version is also available from today. It is a kind of demo of the title, where you can play and test the first 3 dungeons in both solo and multiplayer mode.

According to Square Enix, those who buy the full game will be able to host multiplayer sessions using the Lite version, so that a complete group of up to 4 caravanners can play in up to 13 dungeons in the fantasy adventure.

It is important to remember that Final Fantasy Crystal Chronicles Remastered Edition is also available for PlayStation 4.

The game developer took the opportunity to announce that World of Final Fantasy Maxima is also available starting today for the Switch, in Brazil. This is an improved and updated version of the original and among the new features is a new Avatar Change system.

Among the new champions that can be added to the game are iconic characters from the franchise such as Cloud, Yuna and Noctis. The title also has new monsters, side missions, bosses, mini-games and a new level of difficulty.

So, what did you think of the news for the Final Fantasy universe? Are you excited to enjoy the titles on Switch and mobile? Tell us in the comments section below! 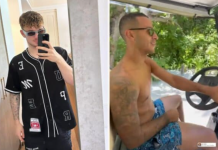 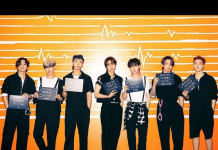 All 11 Marvel movies released after “Miss Marvel” (and when)