Home Entertainment Final Fantasy 7: What Happens in Dirge of Cerberus 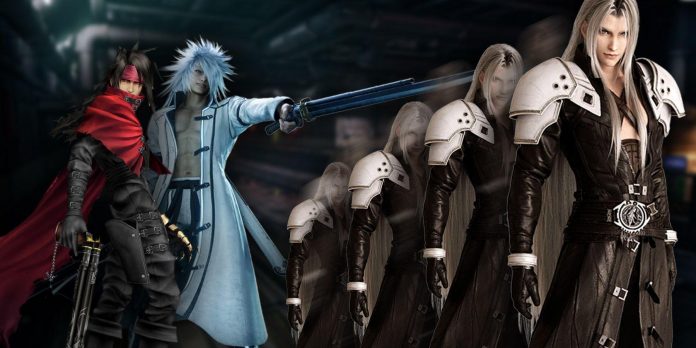 One of the main reasons Final Fantasy 7 remains such an important game even 25 years after its release is the number of well—written, carefully crafted characters featured in the game. Unlike many games in which creative efforts are focused on the main character and, perhaps, in some cases, on the antagonist, there were several intriguing and interesting characters in the cast of Final Fantasy 7, each of which offered something different. From the sullen loner Cloud Strife to the enthusiastic and energetic Yuffi Kisaragi, each of the characters came with their own character and story. It was inevitable that some of these stories would go beyond the core game, and Final Fantasy 7: Dirge of Cerberus was one of the first examples of this.

Released on PS2 in 2006, Dirge of Cerberus focused on Vincent Valentine, an optional band member from FF7. To some extent, it was a mystery that Vincent was one of the members of the group that the players knew the least about, so it makes sense that his backstory was revealed in a separate game. The game had a lot of storytelling, which allowed Vincent to become the star of his own show, but eventually it received mixed reviews from critics.

Vincent’s backstory was revealed to some extent in FF7. He was a former member of the Turks, a group of operatives working for the powerful Shinra organization. He was assigned to guard the scientist Lucretia Crescent, and eventually he fell in love with her, despite her relationship with Professor Hojo and the dangerous experiments conducted in his laboratory. When Vincent tried to question these experiments, he was shot, and Hojo began testing and modifying Vincent himself, which led to a number of genetic changes, including Vincent’s ability to transform into several animal forms, as well as his biological clock effectively stopped, causing the aging process to stop. Devastated by his now deformed body and his inability to protect Lucretia, he fell into a deep sleep in a coffin at the Shinra Estate, where he remained for several years until he was discovered by Cloud and company.

As is usually the case with everything related to Final Fantasy 7, there was a lot of hype around the game, but many believed that the game did not meet expectations due to a somewhat strange decision by the developer Square Enix to essentially make the game a third-person view. a shooter with light RPG elements. It’s safe to say that it wasn’t what fans expected, especially when the shooting itself, which was supposed to be the main tool in Vincent’s arsenal, seemed so clumsy in places. Interestingly, during the initial development of the game, there were even fewer RPG elements in it, but some employees who worked on the game added some of them so that the game would not turn into another third-person shooter.

Despite the fact that the gameplay caused some confusion, in the narrative the game turned out to be much closer to what fans expected. The game begins during the climactic FF7 scenes when Vincent, joined by Yuffi Kisaragi, attempts to evacuate Midgar before it is destroyed by the powerful Meteor Sephiroth spell. Vincent then notices that Sephiroth’s crazy biological father, Professor Hojo, is still alive. However, before he can do anything, an explosion occurs and Hojo’s body disappears, leaving Vincent and Yuffie to flee.

This triggers a series of events in which Vincent teams up with Reeve, whom FF7 fans know well as a former Shinra employee who, tormented by guilt for helping Sephiroth, began helping Cloud and his team by controlling a Kite Sit robot. Reeve is now the head of the World Regeneration Organization (WRO), working with Yuffi. The group is responsible for protecting the planet from all forms of harm.

Reeve tells Vincent about a group of secret super soldiers known as Deepground, secretly created in Shinra labs, who are trying to create an Omega weapon and use it to purify humanity. To do this, they must find Proto—Matter – the only kind of Matter that allows its owner to use the power of Chaos and Omega. As luck would have it, this matter is actually inside Vincent himself. Lucretia had placed him there a long time ago to allow Vincent to keep Chaos-his last and most destructive form—under control.

The leaders of the Deepground are the brothers Weiss Immaculate and Nero Sable. These brothers have a deep bond and are both incredibly strong. They both served as bosses in FF7 Remake and its DLC Intergrade, where Weiss was an optional late-game boss available through a virtual reality simulator, and Nero was the last DLC boss.