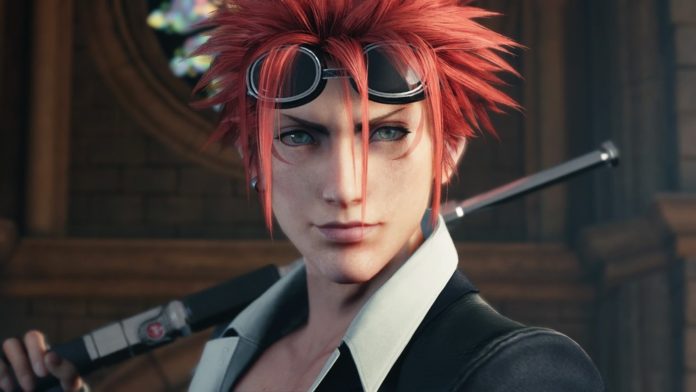 Final Fantasy 7 Remake was born to bring one of the greatest video game classics to the present day, on PlayStation 4 (PS4). FF7 is a game remembered as one of the best of the 90s, and has many fans. However, as it was released in 1997 for PlayStation, it may not please new players and those who don’t like playing old guard games. Remake is not only an opportunity to bring new fans to the classic, but it has everything to become one by itself. Check out the review of the new game from Square Enix and see if the launch is worth it.

History and characters
The story of the new FF7 is quite true to the original: Cloud Strife is a mercenary who helps a group of rebels called Avalanche to destroy Shinra, a gigantic multinational company that controls Mako – the vital energy of Earth, in addition to having strong influences on army and the press. Avalanche wants to free Mako from the company’s clutches, and plans attacks on Shinra’s bases to destroy its power generators.

In the main storyline, Cloud finds numerous allies that are very important to the story, such as Barrett, Jessie, Biggs and Wedge, the members of Avalanche, as well as Tifa Lockhart and Aerith Gainsborough, some of the main characters of the game. All extras are extremely well developed, with rich dialogues, well-constructed parallel histories and well-marked personalities. Besides, of course, Cloud himself, who lives with terrible memories of his past and always haunted by the infamous Sephiroth.

At this rate, the game takes you through many different locations, such as Shinra’s own bases – which are gigantic industrial and technological complexes -, in addition to the communities where the main characters live. You know their home, family, neighborhood and many personal details about them.

In addition, the villains are separate shows. Although not as well developed as the good guys, they are all very interesting and raise many curiosities about their intentions and their personality. In addition, of course, their appearances, mannerisms and attacks are very impressive.

Graphics
For those who played the original Final Fantasy, from 1997, just seeing the images on the screen is already very exciting. The new game takes care of all the details to refer exactly to those pointed characters and scenarios of the PS1, but with graphics that leave even recently launched games in the shoes. Atmosphere, lighting, movements, everything draws a lot of attention, right off the bat.

Of course, cinematics (the “videos” in the middle of the game) are the big phenomenon, with takes that leave anyone gaping. But, during the game, the graphics also leave nothing to be desired. With the exception of rare scenes, mainly with characters talking, that sometimes let ugly details pass, as if their mouths were “detached” from the face.

For the rest, however, there is nothing to complain about. The city of Midgar is rebuilt with a great deal of detail and different environments. You will find super tech places, with lights and machines everywhere; community zones that resemble real slums and even a charming suburb, where workers of the company Shinra, the great “villain” of the game live.

It is really impressive. It often makes you want to let go of the control and just enjoy the scenes, lights and colors that the screens show. Well, it is often what you end up doing, given the huge amount of cinematics in the game.

Gameplay
The gameplay of Final Fantasy VII Remake is a real differentiator of the game. But be prepared, because it is quite different from the classic game, which was a basic RPG, in which you walked around the map and had to alternate between turns against opponents to attack. In the new game, you control Cloud freely, both on the map and in fights, and attack as you please. The big draw is the system of spells and items, through ATB (Active Time Battle), in which you need to choose the moments to “pause” your action and apply the magic blow or a healing potion, for example.

This makes the game much more active and fun than other RPGs that stick to the turn-based combat system. Final Fantasy 13, for example, had a much more cadenced system, of choice of strokes and spells, which sometimes became tiring.

In addition, during battles, it is possible to switch in real time between active characters (just by tapping the arrow to the side on the control cross). This creates a very interesting dynamic in the game, not to mention that it can make fights simpler or more complicated, depending on who you choose to control. As enemies’ difficulty levels increase, knowing how to switch between characters at the right time becomes very important, including synchronizing attacks and spells against villains.

Besides, the game bets on simple walks through an extensive map. What makes the gameplay a little tiring are the times when you need to walk slowly behind a character while he talks to you. Another point that can bother those who are used to more modern games, is the lack of the option to skip the game. It is only possible to make jumps at specific moments, when the option appears on the floor to step on top.

This system of “options” of commands, by the way, sometimes makes actions a little frustrating. To walk through a tight spot, for example, it is necessary to step on the icon that points to the possibility of passing through there, and then slowly slip through the passage. The same thing happens for climbing stairs, for example. However, in a way, this brings the game closer to the classic FF7 and other RPGs, and once you get used to it it gets a little less disturbing.

Fun
FF7 Remake is a game that lets you spend hours in front of the video game. If the story was not enough, which is very rich, full of nuances and with a lot of character development, the whole dynamics of the game always makes you want to continue and get stronger.

Due to the possibility of being able to upgrade your weapons and unlock “hidden” items that can help you a lot in battles, it is impossible to miss an extra mission or a ladder that seems meaningless here or there. Even for those who are not “complete” and do not stay behind trophies, it makes you want to see the corners and talk to as many characters as possible.

Battles, especially against bosses, are a standout aside, too. In addition to all the enemies being very well built and characterized (it makes you want to be able to play with villains like Reno and Rude), the dynamics of the fight are always very fun and full of learnings. When you die, you always learn some weakness of the enemy so that you can explore it on the next attempt. A separate show.

In addition, as in any self-respecting RPG, the evolution of the characters is present in FF7 Remake. But, a very positive point is that it is not just “levels” that you get to distribute attributes of improvement among the fighters. There is a real dynamic in how you can win new moves (with very different animations and effects) and how it can change your chances in a more difficult battle.

The system is based, just like the original game, on the Matters, which are elements that you apply to your weapons and equipment. Some give you new attacks, others spells. And there are also those that allow you to summon a giant monster to assist you in battles. The funniest thing is that if you don’t explore the game well, you may miss out on those summoning materials and never meet the creatures. It is even a fear of being beaten by a local or someone.

In addition, it is still possible to improve your weapons and even get new ones. Once again, if you screw up you may end up losing different items that will help you in battles in the future.

The only point that can often irritate a little, are the more “silly” missions that appear in the game every now and then. Among so many epic battles and such a rich history, making challenges like finding children around the city or rescuing kittens can be quite boring. Not that they are bad, but often do not match all the amazing things that are happening in parallel.

Other details are “silly”, but very cool, though. For example, the possibility of buying vinyl records with the game’s soundtrack. The songs were one of the great highlights of FF7, and this was honored not only with the reformulation of the original track, but with this possibility of making a collection with the songs and playing whenever you want in the jukebox. A great tribute.

Conclusion
Final Fantasy 7 Remake was one of the most anticipated games of recent years, and it fulfilled exactly what everyone wanted: it honors one of the greatest classics of RPGs, without losing in originality, fun and impressive graphics. The story is there, the characters are very faithful and very well developed … in short, it is the perfect formula for any fan of the series and, especially, of the original game.

Not only that. For those who have never played Final Fantasy in their lives, this is certainly a title that will please you too. Because, regardless of being a remake, it is a complete game and very well done. Despite having some points that make the story confusing, like not knowing who is Sephiroth or Shinra, present in other games in the series, it doesn’t take long for the player to discover the nuances and details of the mythology of the FF.

With all this, despite some “weak” points, the game is basically perfect. It pleases RPG fans and even those who don’t like the genre. This is certainly one of the main games of 2020, if not the best. And don’t expect another one to emerge as soon as possible.

MIUI 13 Will Have Function That Converts Storage To ‘virtual RAM’