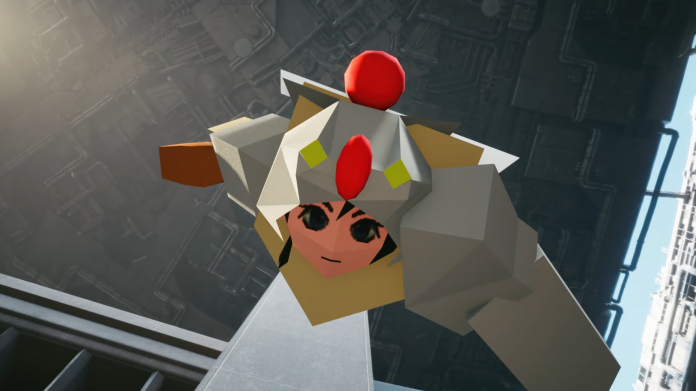 A new mod for the PC version of Final Fantasy 7 Remake allows fans to play as blocky polygonal characters they love from the original version of the game. Although people have been clamoring for a remaster or remake of the 1997 cult role-playing game for more than 20 years, now that they’ve got it, it’s time to turn back the clock a bit.

The original Final Fantasy 7 is still an incredible game, even with its blocky characters, turn-based battles and sometimes extremely slow pace. There’s a certain charm to his clumsiness, and Barrett’s huge rectangular forearms, Cloud’s spiky hair that seems more dangerous than his Buster Sword, and random square objects that are almost impossible to identify are no doubt lovingly treated by many players.

That’s why it’s no surprise that there’s now a mod that turns the sleek, high-resolution Final Fantasy 7 Remake characters into low-poly people that many fondly remember. Adding the Polygonal Players mod from FantasyRaiderr is a simple drag and drop for those who enjoy Final Fantasy 7 Remake via the PC port. As PC Gamer pointed out, the character models used in the expansion are taken from the 1998 Windows version of the game, which is obvious because they have mouths.

The Polygonal Players mod replaces Cloud, Tifa, Aeris and Barret, as well as Yuffie and Sonon from the DLC Intermission for Final Fantasy 7 Remake. Users will see changes both in the game and during cut scenes that the game engine renders. However, pre-rendered cinematic clips will preserve the high-resolution character models from the Final Fantasy 7 Remake. And since only the character models have been replaced, everything else in the game remains in high resolution, which can be a little harsh or comical, depending on how you look at it.

In addition to the Polygonal Players mod, which may appeal to gamers who want to either get rid of the nostalgic itch, or just add a little carefree fun to the game, there are a number of other useful and creative mods for Final Fantasy 7 Remake. The PS1 Battle Sounds mod under development can go well with Polygonal Players, as the creator intends to replace the sounds of the remake with a more classic sound. There are also mods that allow players to change the hair and eye color of Cloud and his friends, or even completely transform FF7 Remake characters into characters from other franchises.

Of course, there are also technical mods that help to fix various bugs that may cause frustration for some players of Final Fantasy 7 Remake. And for those who still don’t think FF7 Remake is great enough, there are add-ons that can implement HDR lighting, improve textures, and even adjust the camera distance or fix its angle to match the original game.

Reviews of the movie “Thor: Love and Thunder” are already online,...