Home Entertainment Final Fantasy 7: Rebirth — everything the subtitle can refer to 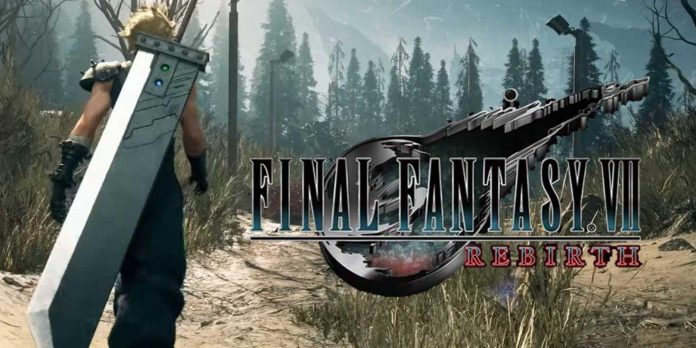 Final Fantasy 7 Rebirth is not the only game in the Final Fantasy 7 universe that has received a new name. The broadcast dedicated to the 25th anniversary also included the announcement of the remake of Crisis Core, a prequel featuring Cloud’s friend Zack Fair, which is extremely important for the background and knowledge of the original Final Fantasy 7. The remake will be called Crisis Core Reunion, which perhaps hints at the reunion of either Cloud and Zack, or Zack and his potential love interest Aeris. With so many new titles coming out, fans quickly began to speculate about the potential meaning of the “Rebirth” subtitle and what it might refer to in the upcoming game.

Potentially the most literal interpretation of the name, Rebirth can easily refer to the antagonist Sephiroth and his need to restore his physical body. Prior to the events of the original Final Fantasy 7, Sephiroth discovered unethical experiments conducted by the Shinra energy company, including those related to his own birth and abilities. These revelations led Sephiroth to rethink his entire worldview and eventually fell into a destructive rage, as a result of which his body was seriously damaged. At the beginning of Final Fantasy 7, Sephiroth barely clung to life, supported only by the power of the Lifestream. One of his main goals throughout the game was to rebuild his working body.

In the end, in the original game, Sephiroth managed to find the cells of the alien organism of Genova, which were primarily used to change his body. From these cells, he built himself a new physical form, with which he was able to resist Cloud during the final battle of Final Fantasy 7. However, the changes made to the Remake timeline indicate that Sephiroth can carry out this rebirth and reconstruct his body much earlier. Thus, the Rebirth may signal the reappearance of a physical Sephiroth, able to challenge Cloud and his squad more directly and serve as a much greater threat in the second part of the remake.

Aeris is experiencing his fate

One of the most memorable moments of the original Final Fantasy 7 is the death of Aeris Gainsborough, one of the members of Cloud’s squad who has been traveling with him since the beginning of the game. Aeris is the last remaining descendant of the ancient Cetra race, which gives her powerful magical abilities and the constant unwanted attention of the Shinra superiors. She joins Cloud in his quest to track down Sephiroth and may potentially have feelings for him, although it is unknown how much of her feelings for Cloud stem from memories of her previous relationship with his friend Zach.

Trying to use her Holy Magic to prevent Sephiroth from using Meteor’s dark magic, Aeris kills Sephiroth, and her body and spirit return to the planet’s Lifestream. If Final Fantasy 7 Rebirth plans to further alter the plot of the original game, one of the most dramatic ways to do so would be to let Aeris survive. She could have successfully used Holiness and stopped Sephiroth, completely preventing her death, or she could have been killed and somehow reborn or resurrected with the help of Lifestream. Any of these options can be easily linked to the subtitle “Rebirth”.

Although he remains one of the most iconic heroes of the Final Fantasy franchise, Cloud Strife is actually a deeply conflicted man who suffers from personality and memory issues related to his guilt over Zack’s death. At the beginning of the game, many of the memories that Cloud thinks he has, including the time spent in the SOLDIER program and his feelings from meeting Aeris earlier, are actually Zack’s memories. Only during his journey with his companions and during the hunt for Sephiroth can Cloud establish any identity or identity. The presence of the subtitle “Rebirth” may indicate that the second part of the remake trilogy will focus on Cloud’s inner journey, and potentially means that he has managed to establish his identity again.

Updating the World and Lifestream