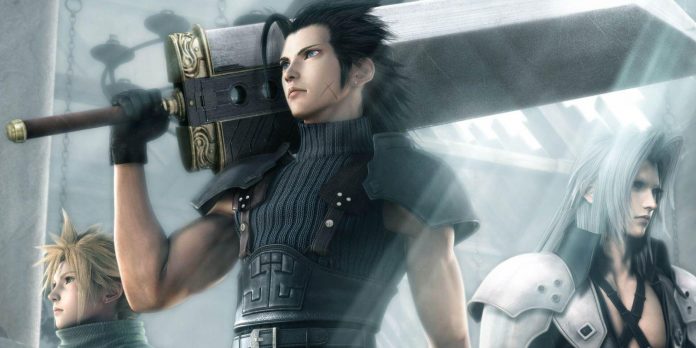 Expectations going in were low, but the Final Fantasy 7 25th Anniversary live stream delivered more than anyone could have expected. Not only did it outline the remainder of 2022’s FF7 output, but it also went into the future and revealed that Final Fantasy 7 Rebirth would be the second game in the FF7 Remake trilogy. This title will cover a chunk of the original FF7 after Midgar, and will also include new story elements to go along with the remake’s new events. In the meantime, fans looking forward to more FF7 story developments may find something interesting in Final Fantasy 7: Ever Crisis’s new Sephiroth backstory.

One other announcement could have serious story implications for FF7, and that is Crisis Core: Final Fantasy 7 Reunion. This title came as a shock for everyone watching, almost as much as FF7 Rebirth getting a release window. For quite some time, it was rumored that Square Enix could not do anything with the PSP-exclusive Crisis Core due to it featuring the likeness of the Japanese idol Gackt. This was proven false a few months ago when Gackt’s character, Genesis, was added as a costume to Final Fantasy 7: The First Soldier, although few expected anything to come of it. The significant Reunion subtitle combined with the amount of effort going into revamping the old game suggest that Crisis Core: Final Fantasy 7 may be more relevant to the ongoing remake than anyone currently knows.

The Reunion Subtitle is Suspiciously Attached to This Spin-Off

The first hint that something more is going on with Crisis Core is the new subtitle attached to it: Reunion. The term “Reunion” is significant in the lore of Final Fantasy 7, as it refers to the monster that resulted in Sephiroth creation. Discovered by Shinra in the Northern Crater, Jenova is an alien being that traveled to Gaia in the distant past. Jenova clashed with the ancient Cetra race, eventually being subdued at a great cost. Shinra believed that it had found the last surviving member of the Cetra race that would lead humanity to the Promised Land, and took her in for experimentation. It’s unclear if Jenova’s mind is still active, but her cells have proven to be immortal and capable of acting on their own.

The Reunion Theory was coined by Professor Hojo to describe what Jenova’s cells would instinctively do when separated. By placing some of Sephiroth’s Jenova-infused DNA into test subjects, Hojo created an army of near-mindless husks whose only thoughts were to return to the core of Jenova and reunite with it. In the process, Cloud and Zack were also implanted with Jenova’s cells, which later allowed Sephiroth to lure Cloud to him and prove Hojo’s theory correct. Since its original appearance in FF7, the term has been thrown around in relation to Sephiroth, and was also used during the initial trailers for Final Fantasy 7 Remake. One would think that such a weighted word would headline the Remake installment coming after Rebirth to fit with the “Re-” pattern of the other two subtitles.

RELATED: Final Fantasy 7: Rebirth – Everything the Subtitle Could Refer To

It seems strange for the term to be used before that point on Crisis Core of all games. For most of Crisis Core, Sephiroth is firmly on Shinra’s, and more specifically Zack’s, side. Jenova’s Reunion is years off at the beginning of the game, even if her cells may have influenced the madness of the title’s various villains. With such a loaded word associated with major revelations in the original FF7, it’s difficult not to believe that Crisis Core: Final Fantasy 7 Reunion is more important than it appears.

What all of this has led fans to theorize is that Crisis Core: Final Fantasy 7 Reunion will be tied into Final Fantasy 7 Remake in some way. Thanks to the overhauled visuals and re-recorded voice lines, there is plenty of room to introduce a new cutscene at the end of the game. The original Crisis Core already had a secret movie detailing what Genesis did after the game’s events, and how he is now hibernating in a Deepground facility. This could easily be changed to herald his return in the main FF7 Remake trilogy.

Of course, with Zack’s new lease on life in FF7 Remake, the originally tragic end of Crisis Core could be altered to reflect this. It will likely be adapted faithfully to a point, but either the very end of the scenario or a brand new post-credits scene will show Zack’s current status. This begs the question, then, of whether the Reunion in Crisis Core’s subtitle is referring to the living Zack’s potential reunion with Cloud and his other friends, or if it is teasing Genesis’ return. Genesis does have his own line of Jenova cells, something which is acknowledged in 7 Remake.

Either way, signs are pointing towards some sort of new content late in Crisis Core: Final Fantasy 7 Reunion, and it may give fans a taste of what’s to come in the FF7 Remake trilogy.

Fortnite Will Not Be Supported On The Steam Deck; Epic Games...