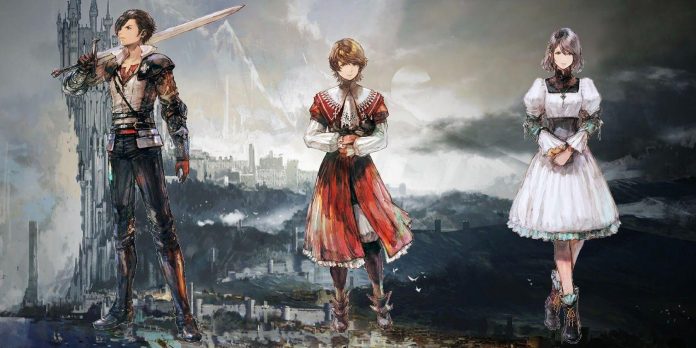 While each Final Fantasy game has some common elements and aesthetics that thread their way through every title, all the entries in the fan-favorite franchise have their own unique stories and casts of characters. Over the many years that gamers have been playing Final Fantasy games, they have explored a variety of different settings and engaged in a diverse array of adventures, and now the next installment is on the way. The countdown is on for the release of Final Fantasy 16, and while players have been granted a few glimpses of the game in action, there are still many theories about where the game will take them.

Final Fantasy 16 introduces the fantasy world of Valisthea, a once peaceful land where its six nations have broken out into war thanks in part to the spread of the mysterious Blight. In addition to the shifting political landscape and the wider issues of the world, Final Fantasy 16 will center on Clive Rosfield, the firstborn child of the Archduke of Rosaria, and his journey of personal vengeance. While this is a fairly classic setup, the story of Final Fantasy 16 has some interesting parallels to the fantasy series Game of Thrones, but it should try to avoid some of the more obvious comparisons.

Although some of the events around Clive’s enduring quest for revenge still remain a mystery, fans have plenty of theories. It seems as if Clive’s idyllic early life is shattered after a tragic event that probably involves his younger brother Joshua. Players know that the tragedy centers around the dark Eikon Ifrit, but it seems like Joshua may be killed early on in the game by this Eikon. With Joshua’s position as the Dominant of Phoenix from the Grand Duchy of Rosaria and the firstborn Clive’s role as his protector, this could have created a subconscious jealousy between the brothers which substantiates the theory that Clive is actually Ifrit’s Dominant, and he accidentally kills his brother.

Whatever the cause, the event involving Ifrit sets Clive down a path of revenge, and this lone antihero quest ticks a lot of boxes for similar stories. It also ties into the motivations of the majority of characters in Game of Thrones who are also on their own journeys to enact their revenge. In fact, it’s basically the main motivation for the entire series. It’s not exactly a narrative structure that’s unique to Game of Thrones, but Final Fantasy 16 needs to avoid how the books and the show portrayed this kind of character journey.

Like Game of Thrones characters such as Daenerys, Clive also wants to upend the status quo, and according to the second trailer released for Final Fantasy 16, he wants to unite the Dominants and “bring an end to the strife and found a new order” that shapes what the future will be. This could add some interesting dimensions to the narrative, but the game needs to be careful to avoid the widely derided ending to Daenerys’ arc where a character that has mostly been sympathetic turns irredeemably heartless and murderous just to achieve their own ends.

Another trope that has become inextricably linked with Game of Thrones is killing off major characters. This initially was a hugely surprising and welcome change of pace from normal adventure stories, where protagonists for the most part are usually safe from death and other permanent consequences, but it became a little predictable and even overused as the series went on. Especially when there is a large cast of interesting characters, it feels fairly jarring to get to the end of a story only to be left with a very reduced handful of people.

Many fans think Final Fantasy 16 may be adopting a similar tactic, with major characters like Joshua and maybe even childhood friend Jill facing sticky ends. Killing off protagonists or important figures can be a good choice if the deaths make sense for the story and they’re well-earned, but killing them off just for the sake of showing how hard Clive’s life is and how many people he’s lost feels like a missed opportunity. With Final Fantasy 16’s three time periods, having characters continue on throughout each stage of Clive’s life and showing how they change and how their relationships develop seems like a better use of them.

RELATED: Final Fantasy 16’s Lack of an Open World is a Double-Edged Sword

Why Final Fantasy 16 Needs To Set Itself Apart

Game of Thrones is by no means a bad template to use for an epic saga that encompasses multiple characters and details the rise and fall of different political factions, but there are still some things that Final Fantasy 16 should do to set itself apart. Killing off main characters is a key element that the game needs to handle carefully, as players won’t enjoy investing in a character and developing a relationship with them only for them to die soon after. Replacing them with disposable NPCs that don’t have the proper character development or the same level of detail will feel like a cheap trick, and with so much time to cover and presumably many characters to introduce, this is something that the game needs to handle with care.

The way that the game will encompass three pivotal time periods in Clive’s life, from his time with his family as a teenager to the more lonesome periods in his twenties and thirties, adds an intriguing element to the narrative. This gives Final Fantasy 16 the chance to really explore Clive’s characterization, as well as his relationship with the world and the people around him. This feature will be best utilized if Clive can revisit areas and connect with the same people in each period so that gamers can see how they’ve changed and how they’ve stayed the same. This will add more depth to the plot and will let it delve deeper into shifting power dynamics, character development, and consequences of narrative events.

There’s still some time before Final Fantasy 16 releases, and without a set launch date, fans are still wondering when they’ll get to play the next mainline installment in the popular Final Fantasy series. There are lots of interesting elements for the game to juggle, but players will need to wait a little longer before they can see how Final Fantasy 16 handles them.

The Big Bang Theory: Two of the most difficult moments Jim...