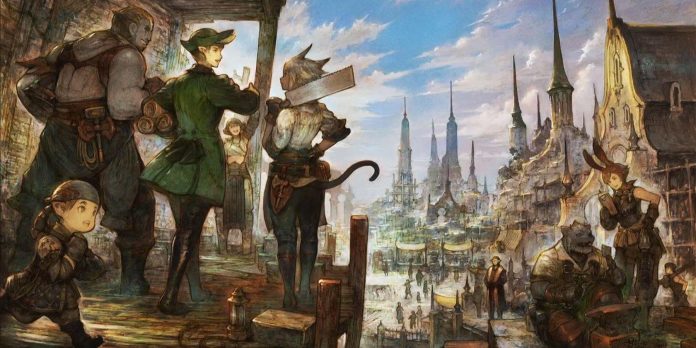 When this was introduced in patch 6.1, the new Final Fantasy 14 Empyreum residential area had its wards classified as free companies or private homes. Recently, Final Fantasy 14 announced that it will shift the balance between the two ward classifications to meet housing needs.

In addition to the new residential area of Ishgard, a new housing lottery system was also added in Update 6.1 for the purchase of housing plots in Final Fantasy 14. So that free companies and private buyers have equal chances to get a house, different areas were marked. as Free Company development plots, while others were only available to private buyers.

Starting from the application period for the Final Fantasy 14 housing lottery, which will take place on July 10 at 8:00 Pacific time, half of the areas designated only for Free Company will instead become private housing areas. From now on, free companies will have to buy plots located in districts 1 to 9, and not from 1 to 18, while private buyers can buy plots in any district from 10 to 24. Any free company that has already acquired plots in newly restructured wards will still be able to keep for are plots for housing.

The previous distribution of 50/50 plots of free company and private housing in the Empyreum area in Final Fantasy 14 was a nightmare. There are much more private buyers than buyers of a Free Company, so several plots of private housing may have dozens of applications in their lotteries, while entire wards of a Free Company remained unclaimed for several periods. We hope that this transition to more private plots will eliminate the imbalance.

Players are happy that Final Fantasy 14 is taking steps to solve the problems with the housing system. Getting a house has always been a difficult task, as it was often called “housing (extreme)” in honor of the extreme challenges in the game. If you’re lucky, the influx of plots for private buyers will allow these players to finally cope with this task.

However, by itself, this change does not solve all the housing problems of Final Fantasy 14. Although the neighborhood aspects of the current housing system do provide a great sense of community, the lack of private instantiated housing means that it is inherently exclusive to those who are lucky enough to win a housing lot in the lottery. We hope that the upcoming Island Sanctuary system will be able to fill this big gap in the Final Fantasy 14 housing system. Island sanctuaries are due in Update 6.2, so players can learn more about them during the next Final Fantasy 14 live email from the producer on July 1.