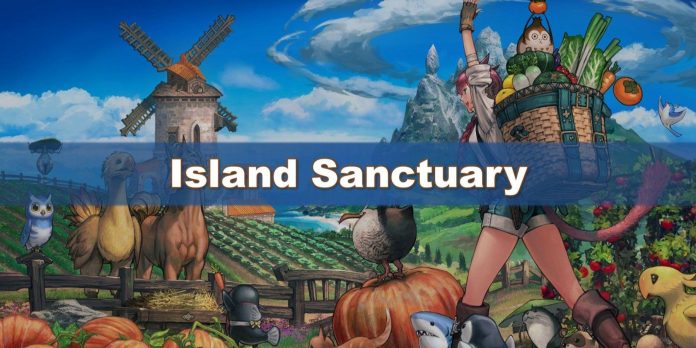 Final Fantasy 14 recently hosted a live email from a producer dedicated to the upcoming patch 6.2, Buried Memory. During the Live Letter, Final Fantasy 14 players finally got their first glimpse of the Island Sanctuary system after its unveiling over a year ago.

Island sanctuaries were first announced with Endwalker in February 2021. Due to delays and a change of focus, the launch of island sanctuaries was postponed to version 6.2, which is scheduled for release at the end of August.

The upcoming island sanctuary will be free for all players and will give them access to a huge island that they can explore. Players will be able to collect materials and create items and buildings, including the main base of operations, where their favorite minions can roam freely. Although Final Fantasy 14 primarily uses single-player content, players can also invite friends and Free Company members to visit their instanced island. Although Final Fantasy 14 couldn’t show too many screenshots yet, it showed a blurry top-down view of the island, including the player character for reference.

Players will also be able to plant special crops and collect, name and grow various creatures on their island. The island will be full of customizations and will use a separate currency and inventory system, so players won’t have to worry about clogging up their regular bags. Island Sanctuaries also have a market system that allows players to sell goods and crafts for the island sanctuaries’ currency, which can be exchanged for special rewards.

Final Fantasy 14 players can’t wait to plunge into the Island Sanctuary. Many actions in the system resemble farm simulators like Stardew Valley or Animal Crossing, which have gained even more popularity during quarantine. Although it is not yet known exactly how many settings will be present in the Island Sanctuary, many players consider this system an alternative answer to the flawed and flooded housing market in Final Fantasy 14.

Patch 6.2 adds tons of content to Final Fantasy 14. In addition to the new story content in the main scenario quest, Buried Memory adds the next wing of the Pandaemonium raid series, as well as its highly complex Savage counterpart. The relic Endwalker weapon appears in the Hildibrand quest line, and a new dungeon experience of variable difficulty called Variant Dungeons is added. All this and much more will appear at the end of August, so Final Fantasy 14 players will have something to do closer to the end of summer.

Final Fantasy 14 is already available for PC, PS4 and PS5. Buried Memory will be released at the end of August.