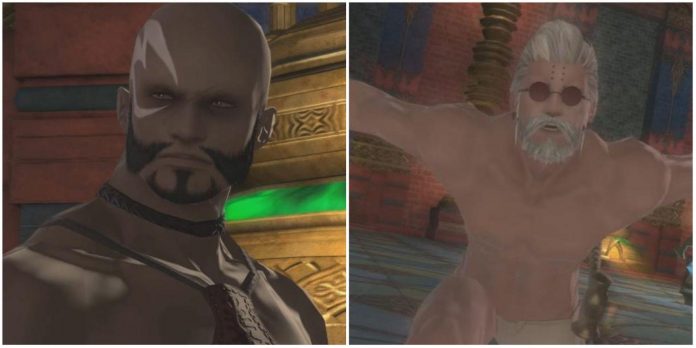 Final Fantasy 14 is preparing for the release of the next major plot patch called Buried Memory. In addition to new story content and challenges, Final Fantasy 14 adds a new Relic Weapon quest series to Endwalker — and this time, players will need to complete a Hildibrand quest chain to get powerful weapons.

Final Fantasy 14 began in July with a live letter from the producer, almost entirely dedicated to patch 6.2, which is scheduled for release at the end of August. Live Letter showed a lot of new content coming into the game, including the inclusion of a series of relic weapons Endwalker.

The Endwalker Relic Weapon quests will be linked to the new Hildibrand quests added in Final Fantasy 14 Patch 6.15. This quest chain is a continuation of the jokes of Hildibrand Manderville, the gentleman inspector. It seems that the quest line of Relic Weapons will include Geralt — a drunken master blacksmith who participated in the creation of the previous Relic Weapons – and Godbert — a master jeweler and Hildibrand’s father. To start the quest, players will need to complete the new Hildibrand quests that will appear in Update 6.2.

Hildibrand’s quest chains in Final Fantasy 14 are a carefree journey through the stupidest corners of Eorzea. The absurd gentleman Inspector stumbles in unreal situations, starting with the original Final Fantasy 14, until its re-release under the title A Realm Reborn. The comedic quest chain introduces iconic Final Fantasy characters such as Gilgamesh and Yojimbo, and includes a whopping 40 quests and three challenges, not counting any added to Buried Memory.

Players couldn’t believe that Final Fantasy 14 actually adds the relict weapon of Manderville. Previous Relic Weapon quests often included side quests and additional content, but few expected them to be related to Hildibrand. The hilarious quest line, beloved by fans, includes some of the most absurd and memorable moments in FF14 outside of the main scenario, and also includes an amazing amount of world-building and impressive animation precision.

However, some Final Fantasy 14 players are upset by this decision. Relic weapons are the most powerful weapons that players can get during the expansion, with the exception of weapons from the complex raid content in Final Fantasy 14. While it has always taken a long time to unlock this weapon, linking it to Hildibrand’s quest line means that players who don’t like or haven’t completed these quests will have to spend more than 10 hours to catch up if they want to make a relic. However, relic weapons are also optional content, so players can always skip it if they don’t like Hildibrand’s comedy.

Final Fantasy 14 is already available for PC, PS4 and PS5. Buried Memory will be released at the end of August.

Far Cry 6 Will Not Include A Map Or Mission Editor