Home Entertainment Filtered The Possible And Unexpected Villain Of The Flash: New Cameos On... 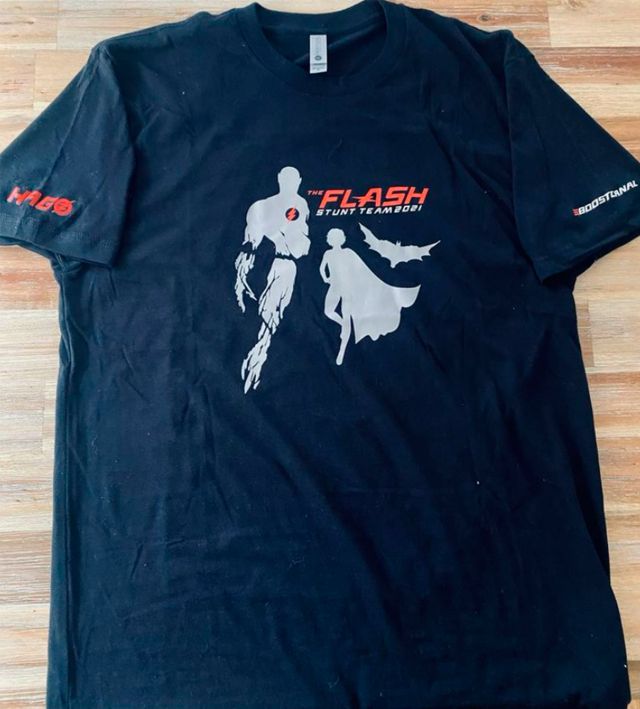 The Flash: The new Scarlet Speedster movie promises to change the DCEU forever, in addition to including new characters from other universes. The Flash, one of the next films from DC and Warner Bros., aims to turn the current DCEU upside down to fire some characters and welcome others, in addition to opening the doors of the publisher’s cinematographic multiverse. And despite the fact that we already have confirmation and first glimpses of appearances by characters like Supergirl or Ben Affleck’s or Michael Keaton’s Batman, nothing was known about the film’s villain; until now. And it is that apparently, a piece of merchandising of a component of the production would have leaked the possible and surprising antagonist of the film.

Is Reverse Flash the bad guy in the movie?

This is how the CBR medium picks it up, showing the publication of Shane Steyn, stunt actor, in which you can see a photograph of a production t-shirt with the logo of the movie The Flash along with his work in the production (Stunt Team 2021) and various character silhouettes. And it is that beyond the figures that seem to belong to Supergirl and Batman (because of the shape of the cape, it would be Keaton’s), the silhouette of a character that could well belong to Reverse Flash, a monstrous and evil version, is striking. by Barry Allen that debuted in the comics in 1998.

On the other hand, the Screen Geek portal ensures that both Aquaman and Wonder Woman will appear in the film in the form of cameos, although it is not clear if they will do so as the current versions of the DCEU or from another universe. And it seems that both Jason Momoa and Gal Gadot would have participated very briefly in the production.

The Flight Attendant Season 2: New trailer reveals what we suspected...