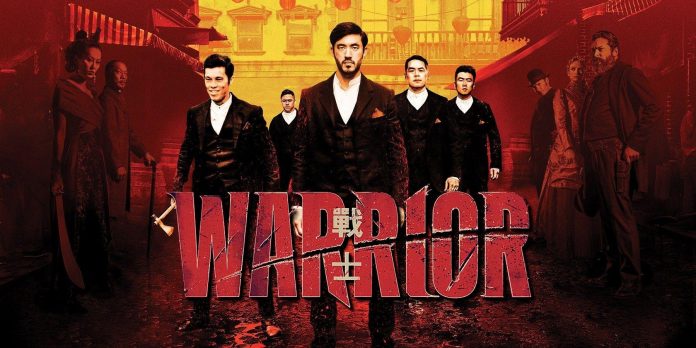 The legacy of legendary martial artist Bruce Lee has just gained a second, and maybe even a third breath. The production of the third season of the HBO Max series “Warrior” will finally begin soon, which will allow fans of the show, inspired by Lee’s own original concept, to breathe a sigh of relief.

The announcement was made on the official Twitter account of Lee’s image and family thanks to a video from his daughter Shannon Lee. She is the executive producer of the series along with former “Fast and Furious” director Justin Lin. Based on a story written by Lee himself, the probably underrated Warrior tells the story of a Chinese martial arts prodigy named Ah Sam (played by Andrew Koji) in the late 1870s who travels to America in hopes of finding his sister. He ends up in San Francisco only to get involved in a secret criminal community of Chinese immigrants. This is a departure from Lee’s original concept, which kept the same basic story, but the action took place in the Wild West of America.

Shannon Lee announced this in a video book ending with footage from the show, and it turned out that the production start date was of great importance to her late father. “So, do you know that July 20 is a special date in the legacy of Bruce Lee?” she started. “This is the day my father passed away. Well, this year we celebrate him and his legacy in a very, very special way. But July 18, not July 20. What happens on July 18, you ask? Well, the entire cast and crew of “Warrior” are coming together… to start filming the third season!”

“Warrior” originally aired on Cinemax in 2019, and then quickly got a second season. Although the second season was released in 2020, the series was canceled shortly after Cinemax stopped producing original programs. Fans immediately started calling for someone else to film the series. But although HBO Max received the rights to broadcast the episodes already aired, it was only in April 2021 that the service finally gave the green light to the third season. This came after an impassioned fan campaign to save the show, including a petition that had garnered nearly 70,000 signatures at the time of the renewal. So now fans have basically been waiting for an update for over a year, which made this news from Junior Lee a refreshing salve for this long-standing pain.

In fact, Lee made legitimate attempts to show his original story on television back in the early 70s, but with difficulty presented this idea to Warner Bros. and Paramount. In fact, Warner Bros. they took this idea into service and turned it into a popular TV series of the 70s “Kung Fu” with the participation of film veteran David Carradine. Only after almost 45 years, in 2015, his treatment got another chance thanks to the fact that his daughter teamed up with Perfect Storm Entertainment to create Warrior for Cinemax. Now, after another particularly long wait, the legend will continue.

This is certainly good news for the passionate fans who have been sticking with Warrior from the very beginning. Hopefully they won’t have to endure another agonizing wait before season 3 finally airs. But knowing that he has a final start date is sure to boost morale.

The first two seasons of “Warrior” are available to watch on HBO Max.