Home Entertainment Filming of the sequel “Godzilla vs Kong” begins with a mysterious working... 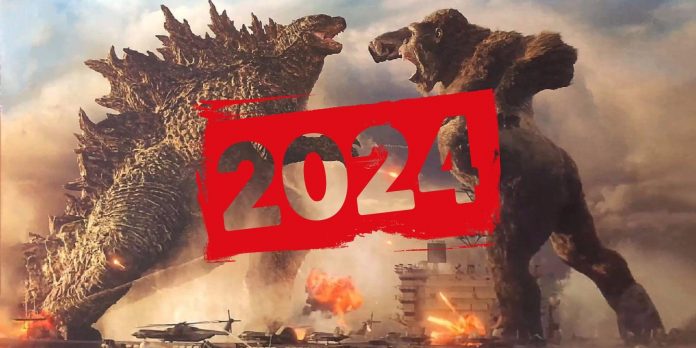 “Godzilla vs. Kong” hit theaters during the summer quarantine and soon left. The film has become a great spectacle for fans of the two Hollywood giants, and now fans will get a sequel, the filming of which has finally begun.

The second “Godzilla vs. Kong” will continue from where the last movie left off, where the Titans will disperse after a battle with each other, and then with a common enemy. I hope the fans will see even more monsters from the lore MonsterVerse. Godzilla films have been praised for presenting a number of popular Titans, such as Godzilla Mecha, Mothra and even Ghidora.

It was announced on Twitter that the filming of “Godzilla vs. Kong 2” had begun and, of course, the plot details are unknown. There are rumors that Kong’s son will be in the sequel, but Godzilla will not be. This is unlikely, but the title page says “origin”, so we hope that more details will be officially published before the end of the year. Ideally, the movie should continue after the previous movie, and not go backwards. Fans have seen a large number of these monsters, despite the cut-out footage of “Godzilla vs. Kong”, but there are many others that fans have not yet seen on the big screen. There were also Easter eggs for Mecha-Ghidorah and Destroyah, but fans will no doubt have to wait to see how these monsters appear in Godzilla vs. Kong 2.

A lot was created in Godzilla vs. Kong. They found a new land where Kong could roam freely, and also discovered many species that had not yet surfaced. They also established a new power scale thanks to the partnership of Kong and Godzilla after defeating the latter’s mechanical counterpart. There is something to work with if they choose the right path.

On the other hand, the plot is well twisted. If they had decided never to do another sequel, it would have really worked because the ending was very satisfying for the most part. Perhaps going back in time is the only right direction so that they can add more elements to this world of titans, perhaps in the series “Godzilla” for Apple TV Plus. Hopefully they have a game plan so that fans don’t get tired of the franchise anytime soon, as this is the perfect era for a movie of this caliber to exist.

Review of the movie “Thor: Love and Thunder” without spoilers

Random Gunfire In Vanguard Is Annoying