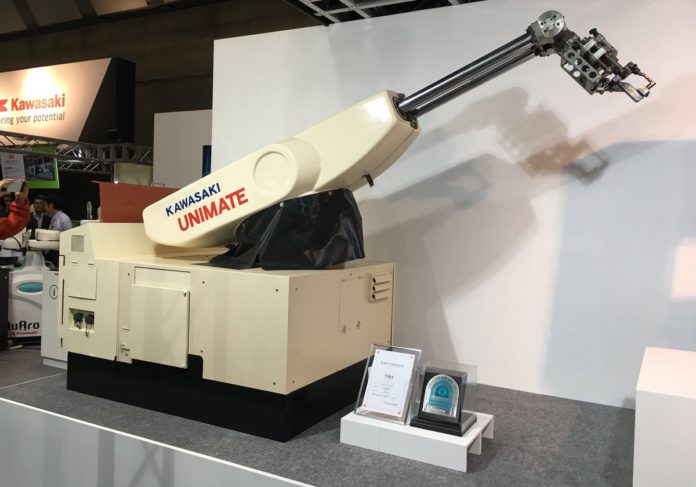 What is the first thing that comes to your mind when you say robot? Think well … Today we meet Unimate, who was led by software in history, laying the foundations of the industrial revolution in human history. Welcome.

Today, robots working in many different fields are developing day by day and we come across robot models in a very different way. The robots that are expected to take away the workforce in many fields in the future and now taking robots are perceived as a threat against the existence of humanity with the support of artificial intelligence.

The history of robots, like humanoid robot Sophia, which has developed very much and aroused some concern in some people, actually dates back to ancient times just like the groove in computers. Unimate, the first industrial robot that inspired today’s robots, created dozens of times the surprise of current robots in the 1950s. Because, for the first time, humanity would meet a robot that undertook its own business.

The birth of the first industrial robot Unimate in history
As the calendar pages showed the year 1956, a physicist named Joseph Engelberger met an inventor named George Devol. The conversation between the two who met during a cocktail turned around and came to the topic of “Programmed Article Design”, which is George’s latest work. The duo took the first steps of Unimate, who may have become the first robot in history at that time, perhaps without noticing.

When Engelberger heard about Devol’s work, he had put it in his mind that it could be a robot. In 1957, Engelberger was an executive at Consolidated Controls Corp. He convinced the company’s CEO to invest in Devol’s invention. After two years of work, Engelberger and Devol managed to develop the first prototype named Unimate # 001.

First and foremost rule: The robot won’t hurt people
The purpose of developing Unimate was initially to facilitate the industrial field, and for this the Three Robot Laws of the renowned science fiction writer Asimov were discussed. Engelberger and Devol adopted the most important item among the rules stated by Asimov, “A robot cannot harm human beings and cannot allow harm to human beings” and therefore, Unimate is designed to work in jobs that can harm workers. So it would reduce humanitarian risks …

This strategy worked and Unimate # 001, weighing 1224 kilograms in 1959, was first installed on the assembly line at the General Motors casting plant in New Jersey. With the calendar leaves showing 1961, the Unimate 1900 series became the first robotic arm to go into mass production for factory automation, and approximately 450 Unimate began to be used in casting plants in a short time.

In the same year, Engelberger, Unimation Inc. and launched Unimate 1900 to the community at a trade show in Chicago. In 1966, television viewers around the world had the chance to get to know Unimate, the world’s first robot. Engelberger made some moves with Unimate to amaze the audience. Unimate, pouring beer into the glass by hitting a golf ball and inserting it into the glass, he also served as the chief of the music group of the television program he appeared on.

Companies that provide the opening of Unimate to the world: Nokia and Kawasaki …

Unimate, which was introduced to the world in 1966, was also decided to open up to the world. Engelberger originally licensed Nokia to produce robots in Scandinavia and Eastern Europe. In addition, Engelberger, who was invited to Tokyo to meet with nearly 400 managers interested in using robots in production, made a license agreement with Kawasaki Heavy Industries (now called Kawasaki Robotics) to take its place in the Asian market in 1969.

In the USA, things were going exactly as requested. General Motors, which currently owns many car brands such as Chevrolet, GMC, Cadillac, Opel, has opened the gap in its competition with other companies. General Motors, which has become the most automated automotive factory in the world, reconstructed its factories in Lordstown using Unimate robots.

The robot caught the attention of European automakers:
Carrying General Motors beyond the summit in the automotive industry, Unimate has also managed to attract the attention of European car manufacturers. European automotive companies, which could not ignore the success of Unimate, wanted to use this robot in their own factories, and companies such as BMW, Volvo, Mercedes Benz, Fiat have set up their Unimate arms to do heavy and dangerous work for people.

Google search will get a new design in the coming days