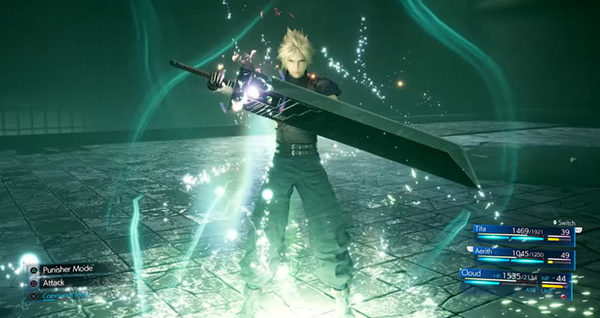 The countdown for Final Fantasy VII Remake has begun, and the game will meet PS4 players very soon. However, the game will force players to free up space on their consoles with a higher than expected file size.

Final Fantasy VII Remake will be an episodic game and will receive new content over time. The developers have previously announced that each episode will last as long as a full-length Final Fantasy game. Now, the file size of the game has been revised, and the leak confirms that the game is indeed a large-scale project.

Final Fantasy VII Remake was recently sent to some retailers in Europe and Australia. As such, photos of the boxed version of the game were leaked immediately. In the box of the Deluxe version of the new game of the series, it says that the game has a loading size of about 100 GB.

Square Enix sent the boxed version of the Final Fantasy VII Remake early to avoid any disruption in their submissions due to the COVID-19 outbreak that affected the world. So the game is in the hands of many people right now, and it is no surprise that such a leak has come.

Kylie Jenner in working girl mode: she reveals behind the scenes...

The woman who was shot with a gun saved from dying...

A new crossing of Earthbound and Stranger Things

‘Supercomputer’ Analyzes The Most Effective Drugs For Coronary Virus: Here’s the...