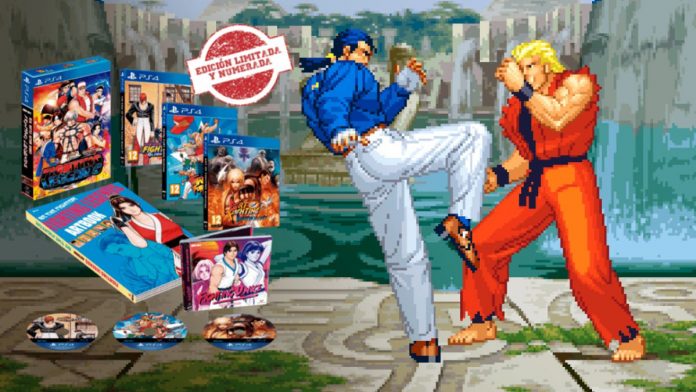 Fighting Legends: The collection of Art of Fighting, Fatal Fury and The King of Fighters ’97 is what is required of the physical format. Differentiate. It is easy to find any of the Art of Fighting, Fatal Fury or The King of Fighters sagas in dozens of devices, digital stores and versions. Collections there are many and very complete. In individual format there are also all colors. Therefore, launching a pack like Fighting Legends can seem risky. First, because after so long, they are sagas that we have scarves and present wherever we are. And second, because there will always be those who miss games from the series that are not there (in this case, Garou or the KOF 95 and 96, for example). But Fighting Legends is a tribute not only to the recreational ones, but also to the physical format. The one that gives you something of value.

The pack published by Selecta Play tries to be what physical games should be. At a time when we find ourselves with empty boxes and the game inside, without an instruction book or anything like that, and even in many cases we see how the box only serves as a support for a code to download the game, Fighting Legends tries awakening our collector desire with something that does not make a difference in games, but in how. And it is clear that it is not designed to sell millions, but so that whoever has it feels rewarded in some way.

We are not doing less with the games that are collected, on the contrary. They are very good. The Fatal Fury trilogy is the arcade history of the nineties, with that cold war between SNK and Capcom from which the players emerged victorious: more and better experiences in this fight. Art of Fighting is important to get to know another part of SNK with a relevant series in their catalog and see those gigantic sprites that seemed impossible in the early nineties. And The King of Fighters ’97 is one of the great exponents of the genre, often covered by that unconditional love – and justified – for the delivery of 98, considered by many the best of the series. The reality is that KOF 97 also represented the end of a trilogy, Orochi’s, and had very interesting game-level mechanics and proposals, with a template that exceeds 35 characters, the two extra game modes (classic) and advance and the zenith of a way of playing KOF that later varied.

In this game at hand, the title also comes in its Global Match version and with the possibility of playing online, something that will not be easy in ranked games but if we have a friend who is a fan of the series, it can be a good way to escape . Of course, we said at the beginning, if it is the closing of the Orochi saga, surely it would have been nice to have KOF 95 and 96 in the pack, like the others. Or more games of each saga, since we are here and they occupy little (but that is already a classic in any compilation).

Did Prince Philip Cheat on Queen Elizabeth II, As The “Crown”...