Home Entertainment Fighting Game: Are You an Expert in The Fighting Genre? Collect 650... 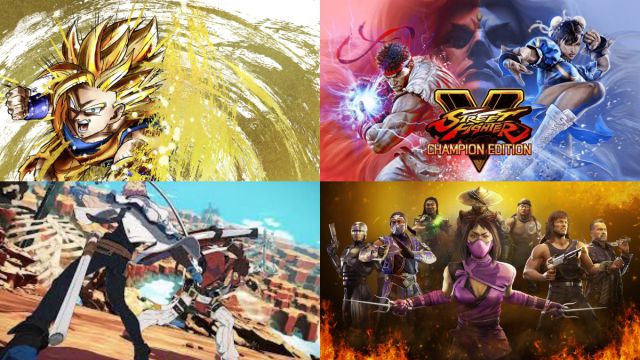 Fighting Game: Glossary is available completely free of charge through a website, although they accept donations.
Do you mess with some words that are used in the fighting genre? If they say ‘Ledge Trump’ or ‘V-Shift’ do you go blank? The Fighting Game Glossary is the answer to that problem. Infil, a fan of video games of this style, has got down to work and has made a complete glossary, which can be consulted for free. Of course, the content is written entirely in English, although many of the terms used are also often used in this language.

As Infil himself has revealed on social networks, the glossary already includes more than 650 terms, each of them explained in detail. In addition, about 200 videos are added that exemplify some of these expressions. Japanese translations are also incorporated, since it is a genre closely linked to Japanese studies. A search tool by term (alphabetical order) and game is provided, as well as the ability to share the specific link with other people.

Introducing The Fighting Game Glossary. Over 650 terms carefully explained with 200+ video examples and Japanese translations. Easily search by term or game, share links to terms with your friends, and explore related concepts without losing your place.https://t.co/CX98RjD5qd pic.twitter.com/K2z5E6ZA0L

It’s free, but you can donate

The project is offered free to all players, but Infil accepts donations, as reported on his Twitter account. “If you find anything of value in my work (or me as a creator), please consider a donation. My content is always free, but it doesn’t fit the Twitch or Twitter model. This project translates into 9 months of hard work, so donations will be my only source of income ”.

The glossary has been produced with the help of other people, who have contributed their knowledge in the Japanese translations or in the production of the videos. At the same time, Infil has also taken into account the feedback of other collaborators in the design of the tool, which he has carried out himself. For all this, he has dedicated part of his thanks to them.

Does the US ban Tik Tok? The press conference of the...