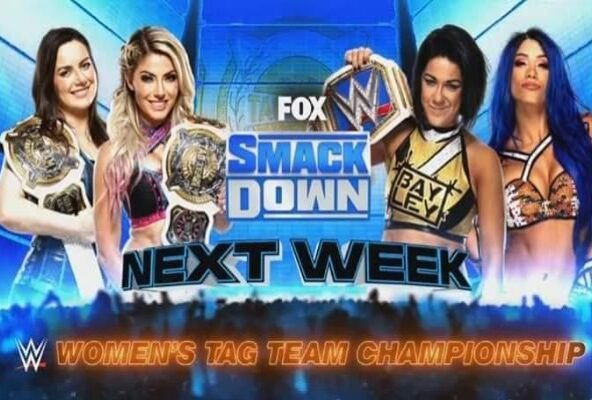 Next week, the first female tag team champions Sasha Banks and Bayley could regain the belts if they are able to defeat defending champions Alexa Bliss and Nikki Cross in the WWE SmackDown match.

On June 5, WWE’s first female tag team champions Sasha Banks and Bayley could regain these belts if they are able to defeat Alexa Bliss and Nikki Cross.

Tag team champions Bliss and Cross invited New Day to their A Moment of Bliss segment tonight at the SmackDown blue brand show, but were interrupted by Sasha Banks and Bayley. Bayley told Alexa Bliss that the tag team championships were created thanks to them and that if they are recognized it is because they were the first champions.

The current female tag team champions are seeing how their work is accumulating since on Monday in RAW we saw how The IIconics attacked them and now on Smackdown we have seen how Sasha Banks and Bayley are also looking for the WWE tag team titles.