Home Tech Fight and Beat’em Up in 2020. A year of new beginnings 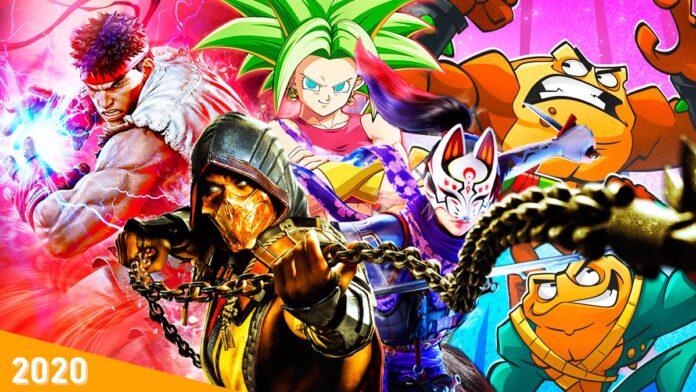 The truth is that the year that is ending has not been one full of great novelties for fighting games. Of course: along with the typical surprises that appear from time to time in this genre, we have witnessed how two mythical sagas -with all the letters- had releases this year, and that coincidence must have not occurred for a long time. Mortal Kombat 11 Ultimate and Street Fighter V: Champion Edition would be enough by themselves to certify a very good year, as we are already involved in a generation of consoles in which this type of game will have its dose of prominence, if we take into account the sales figures and the interest that now arouse in e-sports. But they have not only been good months for the traditional one vs. one. We’ve also seen a resurgence of the more traditional Beat’em Up, a genre that only needed good games to regain some relevance. In that barren territory until recently, Streets of Rage 4 has been the true tip of the spear – even walking through the gala of The Game Awards – but the real news, in reality, is that it has not been the only quality copy that has come this year.

Both have been distributed physically and represent re-releases for the last two episodes of the two sagas that best define the history of the genre. They share some things – such as the enormous content they include – but we would not say that they arrive at the same moment, in the context of what happened in recent years in the kingdom of fighting games. Street Fighter V has managed to recover to some extent from the disasters that accompanied it at its launch, but it is Mortal Kombat who gives the feeling of having traveled a much straighter path with its eleventh installment. The current Mortal Kombat 11, with the last name Ultimate, is a game that takes advantage of the new consoles, reaching a resolution and HDR management that place it without discussion as the most colorful fighting game of the moment, while Street Fighter V it still carries some of its doubts, especially with regard to netplay and, it must be admitted, it has never completely convinced many of those who gave themselves thoroughly to its immediate predecessor. But there are more differences in the form state of Ryu and Scorpion.

It is fair to admit that Capcom took a good note and have been nurturing the game with enough offline options to win the interest of all players, but also in this NetherRealm seems to be a step above right now. With two quite entertaining story modes and a series of proposals that animate the show to turn the game into something infinite, Mortal Kombat enters the new generation of consoles at a clearly better moment than Street Fighter V, even if we leave aside that Capcom’s game has not been updated for PS5 and Xbox Series X. Thus, this confrontation will be one of the great moments to follow when we know what Capcom plans after the fifth numbered installment, since the truth is that right now it starts at a disadvantage against a Mortal Kombat that has achieved an unbeatable balance between accessibility and complexity and has a community to match.

Arc System Works has always wasted pure talent when it comes to making fighting video games, even though the major leagues have always been elusive in the West. After years of trying with Guilty Gear and BlazBlue, it was finally the long-awaited marriage to Dragon Ball that put the studio on a completely different level of popularity with Dragon Ball FighterZ, initiating a relationship that both parties needed, each for their own reasons. But in this study they need more and more fighting Japanese characters, and this year we have verified it with GranBlue Fantasy Versus, a real surprise within the scene by unknown that their characters may be in Europe.

GranBlue Fantasy Versus is a somewhat less ambitious game when compared to a Street Fighter, but at the same time it seems like a perfect excuse for those who do not want to pay the tolls that great fighting games require today. Simple to start and eye-catching like everything the studio does, it manages to reach a sufficient level to interest the most experts for a while without even considering jumping into all that of the kilometer combos or training for hours. Its main problem is that you cannot expect much from online in Europe, but it is a very well done game that we could define as a mix between Guilty Gear and Street Fighter that does not want to become excessively complicated. Something deeper is Under Night In-Birth Exe [cl-r], another more than competent fighting game that has come to pass through the EVO and has seen release for Playstation 4 and Switch this year.

Video of early unboxing for Galaxy A52 5G