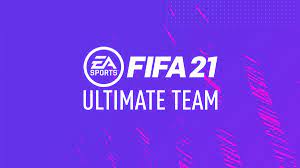 FIFA Ultimate Team wants to put an end to the talk of gambling. FIFA has added fully reviewable packs to the game.

EA is testing a new system for FIFA Ultimate Team. The company, which had problems for a while about the way the packages purchased in-game were presented to the players, decided to change the method. Now, players will be able to learn in advance what is in the packages they choose to open.

EA has charted the new roadmap to avoid lawsuits!

It is not possible to ignore the place of the FIFA series among football games. The FIFA series, which has managed to take the biggest share in the market for a long time, has undergone some changes over time. Especially with the increase in the use of the internet, EA also made serious investments in multiplayer modes. The most successful of these investments was undoubtedly Ultimate Team.

The system, which allows players to compete with each other by establishing their own squads, has managed to attract attention in many respects. Electronic Arts, which has already earned a lot of money thanks to this system, has decided to change the “loot box” structure, also known as the loot box. Packages that would normally be a surprise will now be fully inspected prior to purchase. In this way, players will learn in advance what they can have.

However, there is also an innovation for players who do not want to buy packages whose content can be viewed. Review packages will have 24-hour counters. Players who do not plan to buy cards will have the opportunity to examine new packs of different cards when the counter ends. In this way, the company aims to maintain continuity.

The review packages that welcome us with the Festival of FUTball event will remain in stores until 16 July. However, it is considered that the system will continue after the end of the event. The company, which is in trouble especially due to gambling allegations, wants to recover the situation.

As you may recall, the Netherlands imposed a fine of 10 million euros on the company because of the FIFA Ultimate Team package system. However, the House of Lords in the United Kingdom also included the system in the game among gambling games. As such, we can say that it has become imperative for us to see a renewed “loot box” system for FIFA Ultimate Team.

Preview House of Ashes: Game Bets On Insurance Not To Compromise