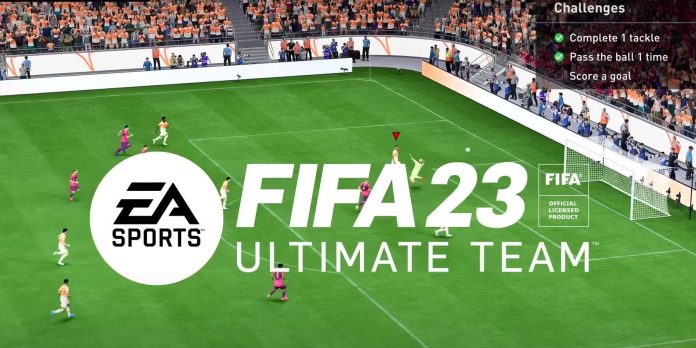 In recent installments of the FIFA franchise, Ultimate Team has become one of the most popular modes in gaming, garnering millions of users with each FIFA release. The biggest drawback of FUT has always been how tricky it is to get started as a newcomer, and how long the grind to the top can feel. In FIFA 23, by including new features, including an enhanced chemistry system, alternate positions, and playable moments, the game mode seems to finally be geared towards new FUT players. It intends to give every player, whether they are a rookie or a veteran in FUT, a fair and enjoyable FIFA 23 playthrough.

With a more beginner-friendly FUT comes more challenges to balance out the mode to ensure that veteran players are not getting too bored at the start. All the changes that are coming to FIFA 23’s FUT will help new players better understand the game mode but will also give returning players a chance to grow quicker than ever before. This means that every player will be able to explore and enjoy FUT without worrying about poor matchmaking, confusing chemistry, and unwanted player positions.

FIFA 23 is bringing out an all-new simulation method that will give fans control of the team during key moments in a match, such as a set piece or a counterattack. This FIFA feature, called Playable Highlights, will also feature in FUT, giving players the chance to earn a new currency known as Stars, which they will be able to spend on packs. The FUT moments will give players a new way to grind and can even feature certain plays from the weekend’s live games which could help connect the real leagues being played around the world with the virtual ones in FIFA 23.

Stars will never disappear, so fans can either spend them as they earn them or save up for better packs that may release at a future date. This new currency system will work alongside the coins and FUT moments will be a single-player experience, giving newcomers a better chance at gaining a strong squad. By giving fans the ability to consistently and quickly gain better cards to include in their squad, it makes the entire FUT experience a lot more beginner-friendly.

The removal of the chemistry line now allows players can form partnerships with any other player, such as a right back/left back partnership. Since players no longer need to be connected through the lines to provide a boost to chemistry, it will make FIFA’s team building much more approachable for newcomers. Further, a new menu to the right of the squad selection list provides details on what clubs, leagues, and nationalities will boost team chemistry, making it more intuitive and giving fans all the information, they need to gain maximum chemistry.

One feature that has been missing from FUT in the past was multiple positions for each player card, which especially emattered since players in offline modes have multiple positions they can play in, such as Mbappe being able to play both as a central striker and on the wing. This will give fans an easier time when it comes to team selection and will implore them to try new formations and positioning FIFA players in different areas. With the new positions added in, players can be placed in their alternative positions without bringing down the team chemistry.

This feature is especially useful when starting out in FUT as it means that fans with fewer cards will still be able to experiment with their cards. While regular cards will be given this option of alternative players, it seems that icons will be locked to a single position, however, they will always provide three chemistry points if they play in their preferred position, regardless of their nationality, league, or club. So, the flexible position system can make organizing strong FIFA teams much easier, while also allowing fans to experiment with their players and fill areas of the pitch that need some attention without worrying about a drop in team chemistry.

With all the changes coming to FUT, FIFA 23 is setting itself up to be one of the best FIFA games ever released, and with EA Sports and FIFA parting ways following its release, it will likely serve as a template for future EA Sports FC titles. The changes to the positions, chemistry, and modes available in FUT will make the game mode a lot easier for newcomers and will give them a chance to quickly build up their team before diving into competitive play. FUT was in serious need of some changes, and with cross-play finally coming to FIFA 23, fans are as excited as ever for the latest edition of FIFA Ultimate Team.