Home Entertainment FIFA 23 is officially revealed with a new trailer 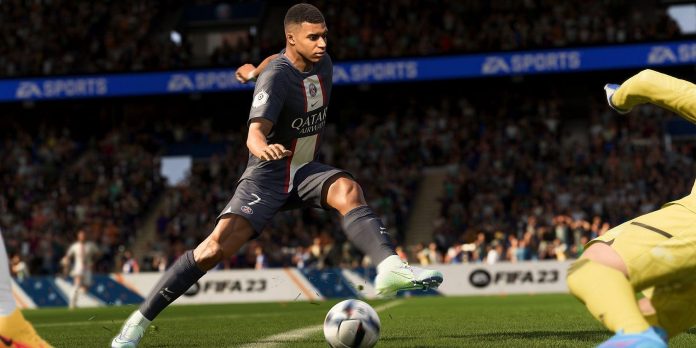 FIFA 23 is the latest game in this multi—year series, which aims to give players an authentic gameplay experience. EA has finally unveiled FIFA 23 in a new trailer and confirmed that it will run on HyperMotion2 technology. HyperMotion technology has been the focus of FIFA 22’s marketing efforts, although it has been limited to current-generation versions of the game.

It is confirmed that FIFA 23 fully supports cross-platform play in most game modes. In addition, little was known about FIFA 23 until today, as EA did not hold its usual summer press conference, known as EA Play Live, this year. In this new trailer, EA gives fans an idea of the gameplay, graphics, comments and much more of FIFA 23, and also confirms the set release date.

EA has confirmed that FIFA 23 is officially released on September 30, and the Ultimate Edition is three days earlier — on September 27. In the FIFA 23 trailer, players showed off their impressive dribbling skills. Special attention is paid to the updated HyperMotion2 technology and animation quality. The video also showed an updated user interface for free kicks before the World Cup mode was confirmed, which will coincide with the FIFA World Cup tournament due to take place later this year. EA’s tweet mentions that FIFA 23 will include both the men’s and women’s FIFA World Cups.

The video is largely dedicated to the most popular players from the biggest clubs in the world, including Paris Saint-Germain, Manchester City, Liverpool and Chelsea. However, cover stars and players from their clubs were featured more prominently than others. Earlier, EA introduced athletes from FIFA 23 covers, confirming that Kylian Mbappe from PSG and Sam Kerr from Chelsea will become the cover stars of the Ultimate Edition of FIFA 23. makes his third appearance in a row as a cover star.

FIFA 23 marks the end of EA’s partnership with FIFA after 30 years. The next football game from EA will be called EA Sports FC, although the publisher explained that the game will basically remain the same. EA previously mentioned that all game modes, clubs and players from FIFA games will become part of EA Sports FC. The game will have Ultimate Team, Career Mode, Pro Clubs and Volta modes, so it looks like nothing will change for consumers. Nevertheless, this is a massive shift that opens up the opportunity for FIFA to collaborate with other developers.

FIFA 23 is released on September 30 on PC, PS4, PS5, Stadia, Xbox One and Xbox Series X/S. The Ultimate Edition will go on sale on September 27.

How does Cal Kestis from Star Wars differ from other Jedi...

Phil Spencer Claims Not To ‘Waste Energy’ On Console Warfare