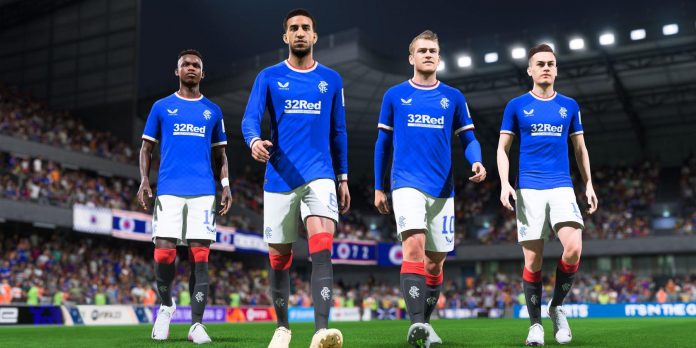 FIFA 23 brings a lot of new features to Career mode, from a new menu that will make navigation easier, to a new player identity system that will allow fans to earn extra points and improve their players beyond the skill tree. The individuality of FIFA 23 depends on how the player acts on and off the field, and gives gamers the reinforcement of certain qualities that improve their style of play. This new system allows players to occupy a more niche and focus on certain aspects of the game, be it a deep playmaker or a greedy striker.

There are many personalities in the football world who are accepted by real players, although FIFA 23 will feature three main personalities: Maverick, Virtuoso and Heartbeat. Each of these personalities will affect the characteristics of the player in different ways, and the players will not be tied to one of them – rather, they will have aspects of each personality type, with one of them dominating the other two. While this system may not solve the problem when a player maximizes his stats in the first two seasons, as in FIFA 22, it will bring much more depth to the player’s development and can even be used in manager career mode to have more control over the tactics of the game.

The Mavericks are aggressive and looking for everyone’s attention, chasing goals and taking long single runs to break down the defense. Players like Kylian Mbappe and Neymar can be classified in this category, as well as created players who are eager to become the top scorer in the league. Playing for Maverick, players lead an expensive lifestyle off the field, which means that fans who want to enhance the characteristics of Maverick should focus on buying more expensive and luxurious items from the new “Investments and Purchases” menu.

To improve Maverick stats, players need to be a little greedier, taking every opportunity to score a goal or run past a defender. This will probably be the most frequently used personality in the game, and several deadly and fast attackers will appear in the player’s career mode. Mavericks are individualistic players who guarantee that they will complete their tasks and impress the world every time they take the field, although this means that a bad day for them can harm the whole team.

Unlike the Mavericks, who are looking for goals, Virtuoso players are more likely to be looking for assists or key passes that can break the defense. They are skilled and intelligent, which makes them an ideal personality for playmakers and game-changers, and they will actively try to outwit their opponent. Players like Lionel Messi and Luka Modric are virtuoso players capable of outsmarting their opponents and instantly changing the course of the game.

Virtuoso players are also more modest than Mavericks, and this will be clear both on and off the field, as they will prefer to live less luxuriously than their Maverick counterparts. Instead of buying fast cars and big houses, they direct their finances to improving their game and achieving their sporting goals. Virtuoso players will change the rules of the game and will never talk about their qualities, because they will rather let their skills and intelligence speak for them.

Heartbeat is a team player

Heartbeat players are real leaders on the field, who will always put the main goal of the team above their personal goals. They can boost the morale of their teammates during the game and can read their opponents’ moves in FIFA, smashing attacks before they even begin. Players like N’Golo Kante and Jordan Henderson are the epitome of Heartbeat players, often putting the team above themselves and remaining humble and quiet about their own talent.

Heartbeats are more likely to wear the captain’s armband during games and they will be more likely to play from the back. As a result, most of the Heartbeat players are set up on defense, playing the ball, and then launching it forward so that Virtuoso and Maverick players continue to attack. From defensive midfielders to central defenders, these players will strive to control the game, motivate their teammates, ensure the victory of their team by any means and protect the goalkeeper and defenders from approaching attacks.

Each of the three personalities in FIFA 23 will play an important role in player development and will allow fans to create the player they want to see on and off the field. Since each player has a little bit of each personality, it is his main personality that will determine his actions on the field and how he handles criticism and praise off the field. Since FIFA 23 is supposed to be the last part of the EA Sports and FIFA partnership, this feature could prove vital for future EA Sports FC games and could be one of the things that sets it apart from the competition.