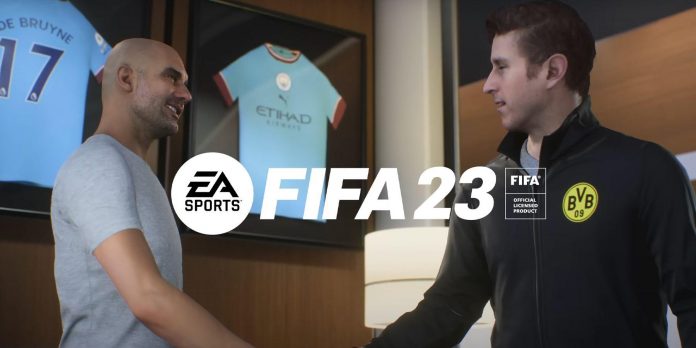 With FIFA 23 set to end the legendary EA Sports-FIFA partnership, fans will be looking at the game as a sign of future titles from the two companies, with EA Sports revealing that it will be releasing future titles under the name, EA Sports FC, and FIFA still searching for a new publisher. So, with so much riding on FIFA 23, the game needs to ensure that it gives all players an enjoyable and unique experience when compared to the other titles in the franchise. Following the release of the Career Mode breakdown, fans are excited, as the game promises significant changes to the game modes that have been lackluster in recent titles.

FIFA’s Career Mode is the game’s main offline game mode, allowing fans to control a team or a single player as they play through multiple seasons and strive to become the best in the world. With recent titles, fans have been frustrated by the lack of meaningful changes and the subpar gameplay outside of matches. So, when FIFA 23 revealed that its Career Mode will include better player development, better AI tactics, and a new menu with tons of additions, fans are hoping that this year’s Career Mode will be the greatest one released by EA Sports.

Player Career Mode saw a few significant improvements in recent FIFA titles, with a new skill tree added in to better control the development of the players. However, with a level cap at 25, fans only grew more frustrated at the game mode, as they met the level cap at the third or fourth season. With a total of 15 seasons available in each Career Mode playthrough, it is essential that the Player Career Mode level cap is not only hard to reach but will take much longer. In the FIFA Career Mode breakdown trailer, a screen displayed the maximum level now at 40, forcing players to play longer to complete the development of their players.

With the quick and visual sim options, fans have been given a chance to skip games to save them time and ensure that they are playing the games they like the most. However, both simulation styles do not give players the chance to control the flow of the match, rather the game simply decides the result, or the player can intervene and play through the remainder of the match. EA Sports has confirmed that FIFA 23 will have a new simulation style called Playable Highlights, where players will gain control of their team during key moments of a match.

This new simulation type will surely make playing Career Mode a lot easier since players will be able to spend as little time as possible on smaller matches, while still having a level of control over the outcome. Playable Highlights works like a visual sim, except players gain control during moments like counterattacks, set pieces, or important defensive plays, and the success of a team in this simulation style is based not only on the overall rating but more so on the tactics that are being applied. While many fans use the quick and visual sim to play through certain matches, the Playable Highlights feature is sure to become a favorite.

With a new FIFA title comes an all-new take on Manager Career Mode and while recent titles have disappointed fans, this year EA Sports is not holding back, providing new features, a new menu, and new creation options. One of the most noticeable changes to Manager Career Mode this year is the addition of transfer analytics that rates the transfers that players complete based on their negotiation skills, the price, and wages spent for the signed player. According to the FIFA 23 Career Mode breakdown, it can also help fans get better deals in the future and gives them hints as to what position the newly signed player will excel in.

Manager Career Mode is also giving players the chance to play as some of the greatest managers in the sport by allowing them to select premade avatars for their managers and skip the creation screen, giving players control over the career of some of the biggest names like Pep Guardiola and Jurgen Klopp. A new menu will also make it easier for players to navigate and fresh cutscenes in both Player and Manager Career Mode will improve the immersion of these game modes. Finally, smarter opposition tactics will make matches a bit more challenging and new features like the investment menu give players more to do outside of managing their team.

FIFA 23 needs to hit the ground running to prove that EA Sports has the capability to continue to develop great soccer games after the split from FIFA. Recent titles have been criticized for the lack of depth and changes to the Career Mode, but with all the changes coming to FIFA 23’s Career Mode, that may no longer be the case. Instead, FIFA 23 has set itself up for success by finally giving fans what they have wanted while still maintaining the allure of Career Mode, which could make it the best title in the FIFA franchise and help kickstart a new generation of soccer games like EA Sports FC.

X-Men: Jean Grey’s Powers have been changed by Marvel (AGAIN)