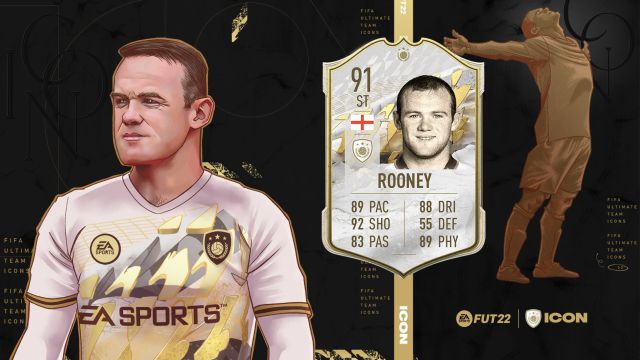 FIFA 22: EA Sports selects the fourth Icon to be added to this Hall of Fame alongside Iker Casillas, Robin Van Persie and Cafu in FIFA 22: Wayne Rooney. FIFA 22 unveils its new Ultimate Team icon. Wayne Rooney, the legendary forward of the Red Devils, enters this particular virtual hall of fame. The company has celebrated his arrival with a video full of details for fans of the Briton. We help you a bit: the boots he wears are the Nike Total 90 that some of the leading footballers made popular during the 2000s.

This is Wayne Rooney icon in FIFA 22

As usual, Wayne Rooney will feature three special versions of His Icon card, which review his three fitness peaks on the pitch. The best leads him to present an average valuation of 91 points as a center forward.

Then we leave you with his statistics.

As you can see, Rooney is a true ‘nine’ of area. With 92 shooting and 89 physique, he can penetrate rival center-backs with relative ease, boosted by another 89 on pace. If you manage to add it to your FUT squad, you should place it as a pointed reference. His 83 pass can lead to bad situations if you make him enter the team game.

The Brit is one of four faces to join the FUT lineup of Icons. He is accompanied by Robin Van Persie, Cafu and Iker Casillas. The goalkeeper is the eighth Spanish footballer to enter this section. Then we leave you with the rest of the players in our country who already had the privilege of having their own FUT card.