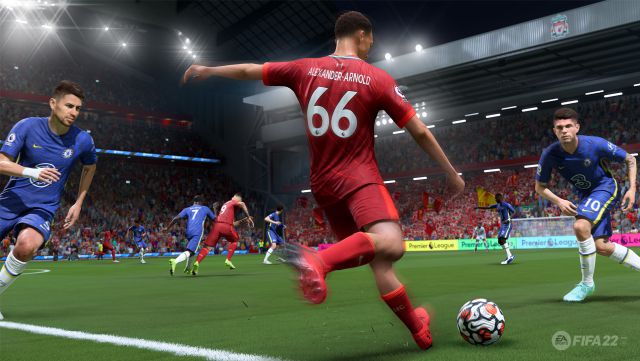 FIFA 22: EA Sports publishes FIFA 22 patch 4 on PS5, PS4, Xbox, PC and Stadia. The soccer simulator incorporates adjustments and changes in the gameplay and stability. FIFA 22 receives the long-awaited update 4. The patch corrects, modifies and adds a multitude of elements among its main game modes. Given the number of changes, we will only point out the highlights; If you want to read it in full, you will find it when you start the game for the first time. It is now available to download on PS5, PS4, Xbox Series X|S, Xbox One, PC and Google Stadia.

Updated transfer market and stadium search filters to match quality search filter image and functionality.
Fixed a bug where sometimes you couldn’t get into the FUT Champions menu.
Fixed incorrect display of FUT hero images.
Fixed progress for objectives that required quality shot goals.
Fixed not being able to edit the team when the captain of a co-op team was alone in the lobby.
gameplay

Passes will now be more likely to be intercepted by the player who is in the path of the ball.
Left stick dribbling animations that include flicks to avoid a potential block will now only occur when the Contextual Agile Dribbling setting is enabled.
Reduced shot assist when attempting to shoot in situations where the goalkeeper is positioned too close to either goalpost.
Improved the defensive artificial intelligence of the teammates in the marking of corner kicks taken in short.
Added more variety of shots that AI can perform.
Reduced the frequency of AI slider inputs.
Fixed a bug where goalkeepers were sometimes unable to parry shots aimed close to them, between the knees and the head.
Fixed an issue where goalkeepers could deny a salvageable low shot into their own goal.