Home Entertainment FIFA 22: They Simulate The Eleven of PSG After The Arrival of... 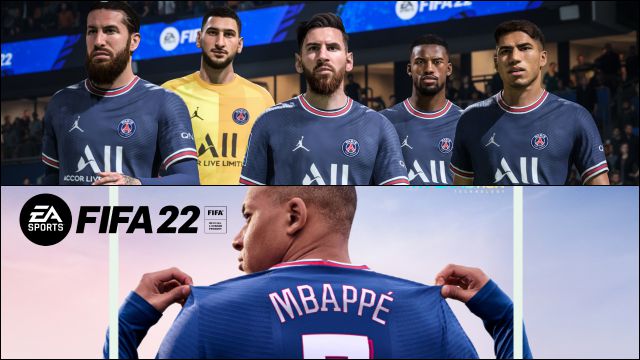 FIFA 22: The superiority of the French team with the signing of Leo Messi leaves a dream club with spectacular statistics. Mbappé, Neymar, Donnarumma and more.The signing of Lionel Messi by Paris Saint-Germain (PSG), who already wears the Parisian club’s shirt, poses a particularly particular situation in football simulators such as eFootball or FIFA 22, where statistics and mathematical algorithms end up determining the superiority o not from the clubs. EA itself has joked with this constellation of stars, with world champion Kylian Mbappe, Neymar Jr, goalkeepers like Donnarumma or Leo himself, the best footballer on the planet. From Real Sport they have simulated what this competitive monster of Ligue 1 will be like in the new FIFA 22.

In the absence of knowing the official ratings of the top FIFA 22 players, one thing is clear: PSG is running as the best team in the game. It is also important to see how EA Sports determines the improvements over last year of outstanding English Chelsea players. The club coached by Thomas Touchel comes from chaining victories in both the UEFA Champions League and the European Super Cup; and we already know that UEFA competitions are part of the FIFA licensing portfolio. However, there is no other club with an eleven as impressive as the team that competes in the Parc des Princes.

According to the source, they expect this data in the general rating of the following players:

Hopefully Gianluigi Donnarumma will receive some kind of improvement over last year. The 22-year-old Italian, an absolute international with the Italian soccer team, has just won the European Championship with his country and is making merits to earn that improvement in FIFA 22 and consecrate himself, consequently, as one of the best goalkeepers in the video game. He is also the best goalkeeper in Serie A in 2021. Another who will also have improvements, if these forecasts come true, is Marquinhos; while center-back Sergio Ramos, who has suffered from several injuries and is not in his best moment, can go from 89 to 97 PIR. Despite everything, it is one of the most outstanding additions.

This is how PSG’s ideal eleven would be formed in FIFA 22, a difficult team to beat.

Sonos Voice control: how to set up the use of voice...