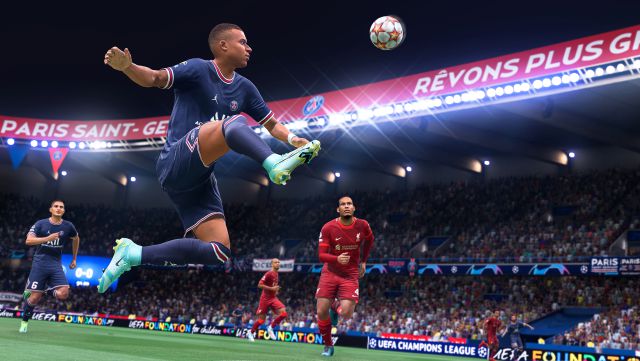 FIFA 22: We tell you the fastest forwards available in FIFA 22 in Ultimate Team and Career modes. Break through defensive lines with these gazelles. FIFA 22 displays its content for the community that follows year after year. EA Sports Virtual Soccer Festival puts an emphasis on Ultimate Team and Career modes. To be successful you must score more goals than the opponent, but this task is easier if your forwards are fast. In this piece we will review the offensive players with the highest running speed.

It is not enough for the French to be one of the best players in FIFA 22; he also wants to be the fastest. And the truth is that his performances in real life translate proportionally to the game. His 97 speed makes him a real gazelle for the Paris band. He stays in the race like this, but his explosion at the start has the same rating. There is no equal player.

The Wolves winger claims a niche on any high-profile team. Adama Traoré is an unstoppable beast. He is strong, explodes like a hurricane (97 acceleration) and has a high balance given his physical profile. He is the winger everyone wants in his club.

Vini keeps improving year after year. The winger under Carlo Ancelotti is perhaps the most complete winger in terms of movement. Agility (94), speed (95) and acceleration (95), he runs the white left wing with the ambition of a young man who wants to stand out in a big game. Real Madrid keeps this pearl that little by little begins to shine with its own light.

Jojo Siwa spoke about the bald spot that appeared to her...

Kate Middleton, Known For Her Impeccable Style, Also Knows How to...