Home Entertainment FIFA 22: Sergio Ramos will also receive a letter Ones to Watch... 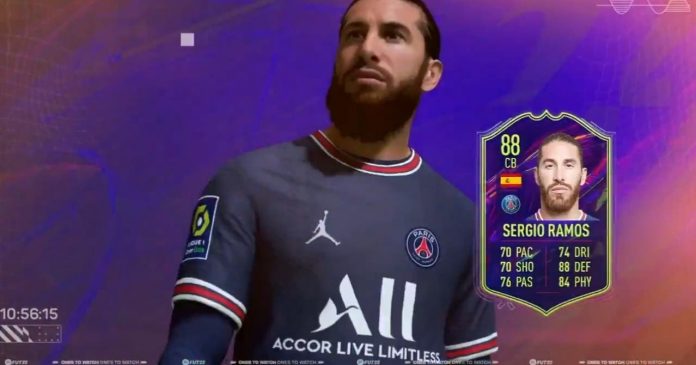 The protagonism in this afternoon of FIFA 22 is for the Ones to Watch. EA Sports has confirmed the free to play player of the event, Fabrizio Romano has revealed two new players and we have also learned that Sergio Ramos will participate in the festival. He will be OTW, as will happen with his PSG teammates Leo Messi, Achraf Hakimi and Giorginio Wijnaldum.

A few weeks ago, EA Sports already revealed the other three Ones to Watch of the French club. We assumed that, because he did not appear with them and because of his age, Sergio Ramos would not receive this special version. But it is not like that, it will be part of the first celebration of FIFA 22.

Although his defensive stats are already very good, we suppose that the Spanish central defender will not be worth the price / quality ratio. He’s too slow a pace that can take its toll on speedy forwards, and since he starts at an 88 overall rating, it’ll probably be more expensive than he should be.

Remember that the OTW event starts this Friday, October 1, although Shaqiri is already available via SBC and not all the cards will appear at the same time. First eleven players will come out in envelopes, but during the holiday we will see a total of twenty-eight transferable footballers.

Avatar: Co-Creator Claims He Would Fix A Lot of Things in...