Home Entertainment FIFA 22: Mendy And Other Players Eliminated From The Saga For Their... 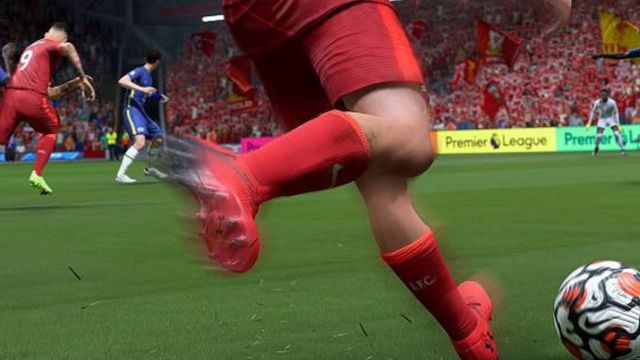 FIFA 22: The elimination of the Manchester City player has not been the only one throughout the history of the brand. Benjamin Mendy does not appear in FIFA 22. The French footballer has been removed from the video game after he was removed from Manchester City, after being arrested by the Cheshire police and charged with four crimes of rape and one of sexual abuse. Anyway, Mendy is not the first footballer to be deleted from FIFA. Throughout the various editions, Electronic Arts has made some similar decisions.

The cases that have led Electronic Arts to take these measures have been different, not all of them extremely serious. Some, like Luis Suárez’s, are due to his behavior in the field, while others have to do with tax-related practices or other legal harshness. Here are some of these cases.

More than five players who were withdrawn from FIFA

It happened during the 2014 World Cup in Brazil. Luis Suárez, then a Liverpool footballer, was about to sign for FC Barcelona. The Uruguayan had an incident on the pitch, when the match between the Uruguayan team and the Italian was played. Suárez bit Chiellini, was sanctioned for four months by FIFA and disappeared from FIFA 15 during that period, until he was able to set foot in a stadium again, already as a Barça player.

In FIFA 16, Gonzalo Fierro intoned his farewell, although he had been present in other editions. The main reason is that the footballer sued EA Sports for using his image without his permission, a recurring controversy that appeared in all the media in 2020 because world stars such as Zlatan Ibrahimovic or Gareth Bale demanded financial compensation for appearing in the play. The North American company defended itself arguing that it had the FIFPro license, and therefore, all the rights in order for these players to appear.

It also happened in FIFA 16, but for a much more serious case, EA dispensed with the Sunderland footballer and the English team Adam Johnson. The reason is that he was being investigated for a case of pedophilia: “Adam Johnson has been removed from the lists of active players of Sunderland and England in FIFA 16,” said the company, which at the time commented that Johnson would be removed from all the game modes. In the end, the footballer pleaded guilty, was fired from Sunderland and sentenced to jail time.