Home Entertainment FIFA 22 Jokes With Messi’s PSG: “Should It Be The First Six-Star... 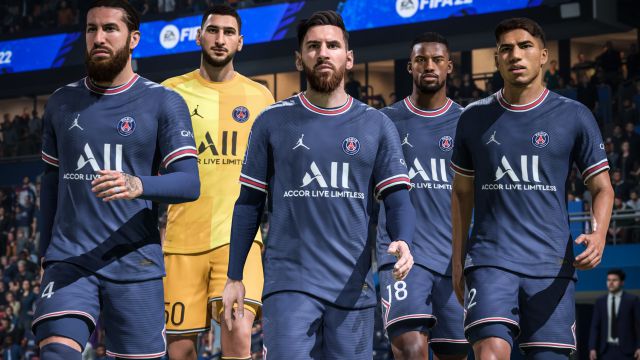 The PSG of FIFA 22 aims to have its best average rating in the history of the video game. EA Sports jokes about the possibility of increasing their stars. FIFA 22 has not ignored the movements that Paris Saint-Germain has made so far on the market. The Parisian team has made five exceptional registrations, among which is the bombshell of the summer: Leo Messi. Therefore, from EA Sports they have shared the possibility of increasing the team’s valuation in their next video game.

“Should PSG be the first six-star team,” jokes the study on the official FIFA account on Twitter. And the truth is that the signings they have made so far will raise the team’s average in the game. Remember that so far the maximum value is five stars as far as club is concerned.

Leo Messi is accompanied by Sergio Ramos, Gianluigi Donnarumma, Acharaf Hakimi and Georginio Wijnaldum, almost nothing. If we take as a reference the rating of the players in FIFA 21, we are talking about the fact that they have incorporated players with scoring 93, 89, 85, 83 and 85, respectively. If we focus on Ultimate Team, Ligue 1 teams will be a lot more interesting to build in FIFA 22.

How to pass the ritual under the triumph of shadows in...

Bend Studio shared an art that adds a deacon from Days...