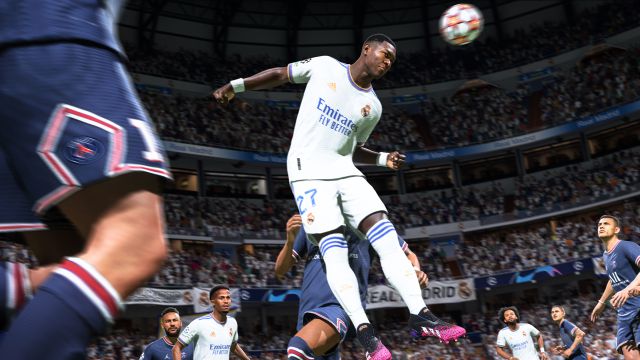 FIFA 22: Real Madrid collaborates with EA Sports in the capture of movements of HyperMotion technology for FIFA 22. Vinicius, Marcelo, Alaba and more.
The presence of Real Madrid in FIFA 22 goes beyond an aesthetic issue. The white team is part of the EA Sports ambassador clubs, who have reported data on their movement capture when it comes to transferring HyperMotion technology. “From the field to the game. FIFA 22, powered by Real Madrid ”, can be read in the tweet of his official Twitter account for the English public.

In the teaser, which appears under this paragraph, you can see several players touch the ball in their capture suits. Marcelo, Alaba, Militao and Vinicius Junior are some of the faces that can be seen in real life. Another of the fragments of the teaser appear transferred in the game; in fact, Vinicius scores a goal for the squad in a confrontation against Atlético de Madrid.

In this way, Real Madrid joins clubs such as Chelsea, Paris Saint-Germain and Tottenham Hotspur, who did the same during their revelation.

FIFA 22 is scheduled to launch on October 1 on PS5, PS4, Xbox Series X | S, Xbox One, PC and Nintendo Switch; the latter will do so in Legacy format. Contrary to what is usual in the saga, this year it will arrive in just two different editions. You should know that the Ultimate Edition incorporates the Double Version between the last generation and the new one.

We leave you with them below.

One Piece: Luffy’s 10 best strategies in the anime

Uncle from Another World: A look at the world through anime...