Home Entertainment FIFA 22 Gets Serious With Career Mode: All The News 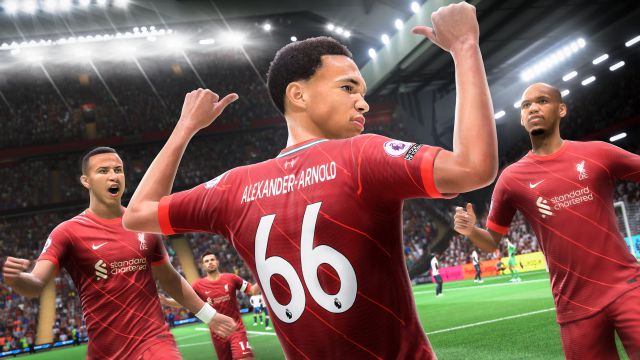 FIFA 22: EA Sports reveals the main novelties that it will incorporate in the FIFA 22 Career mode. This year’s installment is serious about this experience.FIFA 22 will bet on giving prominence to Career mode. From EA Sports they have shared new details about what we can expect from him and how one of the main novelties will work around him: being able to form your own personalized club. Do you miss any old glory or do you want to build your identity? From October 1 you can do it.

How can you build your club in FIFA 22?

As you begin your coaching career, you will have the opportunity to form an institution from the grassroots. Choose your name, the way you want to be called in the comments and in which league you want to play. Competitions will keep the same total number of teams as in real life, so you will have to select which one you want to replace. The one you sign will become part of the Rest of the World clubs. In addition, you will have to choose which will be your rival to compete in the derbies.

You have a team; now you are missing a template. In the creation settings you can choose the general average that you will have when starting among a series of players generated by the game. Expect something similar to the basic players of the Master League of the old Pro Evolution Soccer, only here the rating can change to your liking. Both the budget and the expectations of the managers will be adjustable.

The customization options have also been expanded, including tifos and chants as a mix of what we already saw in Ultimate Team during the last installments. In addition, the comments and outstanding news will be expanded, which will now also take into account another of the licenses that are added: the UEFA Europa Conference League. The version of PS5, Xbox Series X | and Google Stadia will have exclusive video scenes.

The career as a player: seek greatness from the bench

The changes also reach when you want to develop your career as a player. Now you can jump to the next game from the moment you leave the bench. This will help you streamline the procedures and have more control over what you want to play. Upon entering the field of play, the objectives board will appear with the milestones to which you can aspire in the minutes granted to you.

An added factor is the coach’s rating. When you start you will always be the typical player who is on the bench and should take advantage of the minutes to leave a good impression. As you reach your goals in the game, the greater the chances that the coach will count on you in the starting XI. Although not everything has its benefits: if you constantly fail, the coach will reduce the frequency in which you go out and may even include it in the transfer list.

This system transfers the assessment to the national team, which will now take into account what position you occupy in performance among the players from the same country. Naturally, the objectives that you will fight will be based on what role you play, the quality of the team and the alignment that your coach uses against that of the rival.

In FIFA 22 we can also expect a substantial improvement in player development (if you use a real player, it will remain as it worked until now). You will gain experience points according to your actions; As you level up, you will gain advantages linked to your position. You will now have greater control of the skill tree, and each upgrade will increase the impact it has on the pitch.

Young Rock: Series About The Life of The Rock Will Have...

South Park Will Win Another Game, According To Rumor