Home Entertainment FIFA 22 FUT Heroes: This Is The New Ultimate Team Cards And... 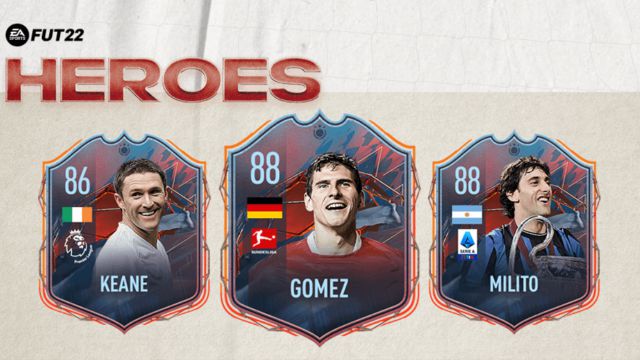 FIFA 22: Heroes of FUT is the newest item available in FIFA 22. These players will have special characteristics in terms of chemistry. FIFA 22 has already shown some of the news that it will offer to players from October 1 on PS5, PS4, Xbox, PC and Google Stadia. As is usual in the saga, the Ultimate Team mode will receive changes in its structure. While we wait to know in depth what point they will reach, EA Sports has confirmed a new article: FUT Heroes.

What is Heroes of FUT? First confirmed players

Heroes of FUT are a new type of article that honors some of the players who have made history among their fans. Unlike Icons, these cards influence chemistry based on their nationality and the league they’re targeting.

“FUT Heroes have unique league-specific chemistry that is tied to their specific hero moment, creating a green bond with any player within the same league and the usual country,” the company explains. “This feature allows you to create the team of your dreams and recreate some of the most famous football moments in FUT 22.”

Nine players have been confirmed, including an icon of our football: Fernando Morientes. Then we leave you with the selection along with its official description.

Fernando Morientes – LaLiga Santander
“Morientes was a pure center forward with an unparalleled sense of goal. He saw the door with great frequency, both at club and national level, scoring 100 hits for Real Madrid, one of the most famous being a home-brand header in the 2000 UEFA Champions League final where the Whites they obtained their eighth European title. This is the pasta heroes are made of.

Diego Milito – Serie A
“The Argentine striker was off the radar for years despite having scored more than 50 goals in just over 100 games in LaLiga. However, after joining Inter, the whole world realized his talent as a scorer. The two goals he scored in the 2010 UEFA Champions League final are a clear example of a classic striker performance. At a time when real strikers were hard to come by, Milito’s double is fondly remembered at Inter. Diego Milito has his FUT Hero badge more than deserved ”.

Robbie Keane – Premier League
“Robbie Keane scored over 120 Premier League goals for some of the best teams in England. He was a striker who could make any defense ready to tackle him sweat. His defining moment came when his constant tug of war led Spurs to their last League Cup victory in 2008 ”.

Tim Cahill – Premier League
“Tim Cahill was known throughout the Premier League for his versatility and presence in the opponent’s area. Cahill stood out for his dangerous header shots, but his resources in the definition did not stop there. An example of this was the spectacular Chilean that he scored in 2007. That’s how good the FUT Heroes are ”.

Mario Gomez – Bundesliga
“Mario Gómez’s fearsome striking during his heyday was famous all over the world thanks to the more than 200 goals he scored in the Bundesliga for some of his biggest clubs. However, it is at home that he is most fond of her. Specifically, when he scored the legendary goal that would give VfB Stuttgart its third Bundesliga title that made him a club legend and FUT Hero. “ 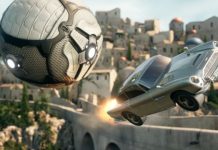 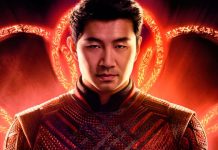