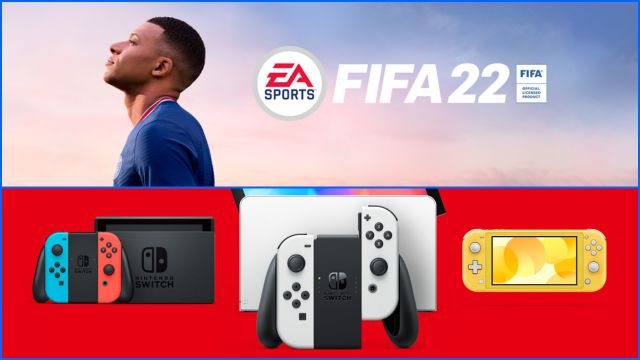 FIFA 22: EA confirms that it will bring the game to the hybrid console, but as in previous years it will be with a version that will only update the templates. Electronic Arts has confirmed that they are working on a version of FIFA 22 for Nintendo Switch, what they call FIFA 22 Legacy Edition, at a date to be determined. After presenting this Sunday the first trailer of this new installment of the series, starring the French Kylian Mbappé, the information sent to the media makes it clear that this year there will also be FIFA on the hybrid console; but it will not have HyperMotion technology, it will be a template update.

How the previous installments of FIFA Legacy Edition have been

This means that EA will continue to use the same graphics engine that we saw in the original delivery of FIFA 18, without incorporating technological improvements such as those that will be offered on PS5, Xbox Series and Google Stadia. In the past, FIFA for Nintendo Switch also did not adopt the Frostbite engine.

In the absence of knowing what are the features and news of FIFA 22 Legacy Edition, if we stick to the deliveries of FIFA 19, FIFA 20 and FIFA 21, they were deliveries with “an improved presentation (game menus and broadcast graphics ) and the latest kits and the most up-to-date teams for next season, but there are no new game modes or innovations in game mechanics ”.

In fact, FIFA 21 featured the same gameplay mechanics as FIFA 20 on Nintendo Switch; without significant changes in the gameplay or in the technical section, beyond the pertinent renovation of menus and interface. The game modes in FIFA 21 Legacy Edition were Quick Match; Career mode; Tournaments (both licensed and custom, including the UEFA Champions League); Women’s International Cup; Hability games; Online seasons; Online friendlies; Local seasons and Ultimate Team. He did not bring El Camino or FIFA VOLTA.

Soon we will know more details regarding the weight of the game, price and final characteristics of a controversial version of which fans ask every year for changes that go beyond the renewal of templates.

FIFA 22 is being developed by EA Vancouver and EA Romania. It will be available on October 1, 2021 for PS5, Xbox Series X | S, PC (Origin, Steam), Google Stadia, PlayStation 4 and Xbox One. FIFA 22 Legacy Edition will confirm its release date later.

Sludge Life, by Devolver Digital, is prohibited for sale in Australia