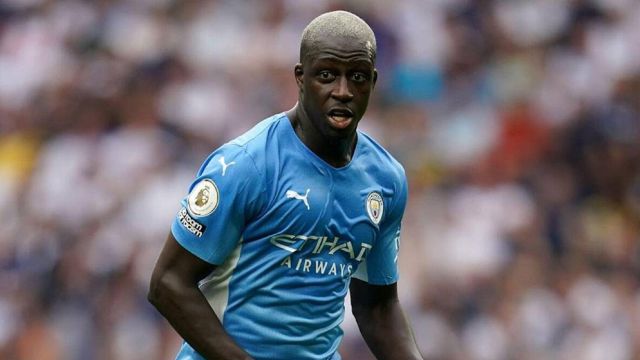 FIFA 22: The Manchester City player has been charged with four counts of rape, for which he has been suspended from employment by his club. Manchester City defender Benjamin Mendy no longer appears in FIFA 22. After being charged by the Cheshire Police with four counts of rape and one of sexual abuse, the club decided to suspend him from employment. Now, EA Sports has also moved tab and eliminated the 27-year-old player from his video game.

EA has confirmed to Eurogamer that Mendy has been eliminated from both Manchester City and the French national team. His card has also been suspended and does not appear in Ultimate Team (FUT) or Ultimate Draft packs. In spite of everything, users will be able to find Mendy in the transfer market of the online mode of the video game. There it is possible to acquire a good number of cards from this player, which means that he will be seen in the Ultimate Team teams.

“We can confirm that the changes in FUT were made the day after the launch of the early access test in EA Play, so some players had access to Mendy in packs before the suspension occurred,” EA has acknowledged to Eurogamer . The trial version has been available since September 22, so all progress will carry over to the final game when it goes on sale.

Despite Benjamin Mendy’s suspension coming in August, it has taken several weeks for EA to make the decision to remove him from the game. It should be noted that the official website of Manchester City still shows the player as part of its squad. Meanwhile, the defense must appear in court on November 15, although the trial will take place on January 24.