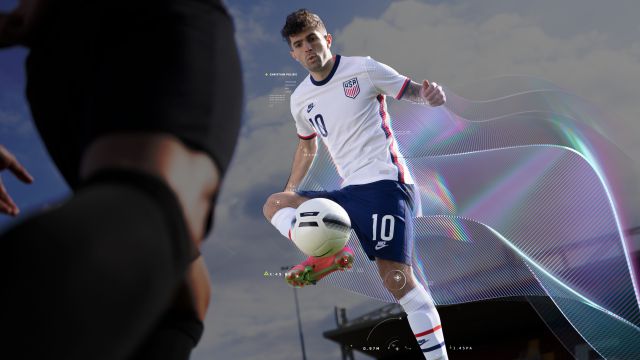 EA Sports shares the first details of the Volta mode in FIFA 22. New playable mechanics arrive and some known features are removed. FIFA 22 shares the first details of the new version of the Volta mode. EA Sports street football will be updated this year with new features in its game system and the elimination of some features that remained since its arrival two installments ago. This information is the end point to the coverage of its main modes. At the bottom of this paragraph you will find the rest of the pieces.

Your style is worth points

From the studio they seek to make Volta an experience that feels and plays differently from the rest of the playable offer of FIFA. Therefore, this year they seek to reward players who play with style. If you use precise passing, skill moves or the walls to support you in your game, you will receive points that will be added to your team’s scoreboard.

The skill bar, as it is called, consists of three sections; each one needs 1000 points to fill it in. For example, if you complete a wall pass you will get 200 points, while if you get away from your opponent with a skill move you will receive 300. Each section will increase the value of the goals. The first level will make your goal add double to your score; the second will count as 3 and the last will count as 4.

Along with the bar have been added “Signature Abilities”, a new mechanic that “will raise the excitement and tension of the gameplay” while giving you “more control” over how you influence the game. When creating your player you can choose one of the three available, which vary between increasing the shot by 50%, increasing your speed or improving your physique to steal balls. You can activate them once every 80, 70 and 90 seconds, respectively.

During the weekends you can join what they call Volta Arcade, a 2 against 2 tournament in which you will play special game modes that have little to do with traditional football. You will have 8 slopes that go from the foot tennis, which combines the touches of the ball with a net, to the Wall ball, in which you will have to shoot at a wall to score points. These are just some of the examples available for your enjoyment.

These are just some of the improvements we can expect in Volta, but there are also items that will be discontinued. FIFA 22 will eliminate the possibility of recruiting players, icons and celebrities, since from EA Sports they want your avatar to be the center of the experience. They also say goodbye to chemistry in the lineup and the single-player story mode, among others.