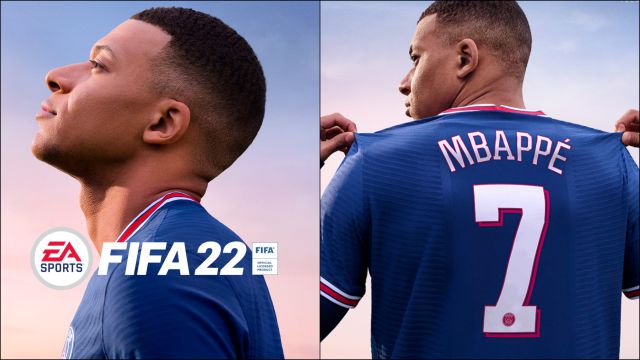 Kylian Mbappé is the player chosen to star on the cover of FIFA 22. The French striker is back in the spotlight for the second year in a row. FIFA 22 has confirmed its official cover. Paris Saint-Germain star Kylian Mbappé is once again the face chosen by EA Sports to star in the image of its football simulator. The French forward appears in the colors of the Parisian team in all editions of the video game, including the Ultimate Edition.

“Returning to the cover of FIFA is incredible,” says Mbappé in a press release. “I have a very special relationship with the video game and I can’t wait to enjoy FIFA 22 with all of you.” The company urges us to “stay tuned” to the “great revelation” on July 11. Everything indicates that on that day we will see the first preview of the video game.

“As one of the brightest and most promising soccer players in the game, Mbappé represents the next generation of iconic footballers who perfectly represent the global FIFA community through their dedication to making a positive impact on the development of cutting-edge soccer,” he comments Electronic Arts. “Mbappé is positioned as the cover of the video game for the second consecutive year, being one of the few to gain this status, including Lionel Messi and Cristiano Ronaldo.”

As you can see in the images that accompany the text, Mbappé is portrayed from all angles. From the front, in profile, holding the shirt and showing his number … The Frenchman is the center of attention in FIFA 22.

From the images we can extract two elements. The first, Hypermotion Technology, which appears on the covers, which indicates that it will be some technical characteristic that we will see in this edition; the second, and no less important, is that the Ultima Edition version points to the Dual Entitlement program, where Electronic Arts offers its users the new generation edition at no additional cost.

We will know more data in the near future, starting that July 11.