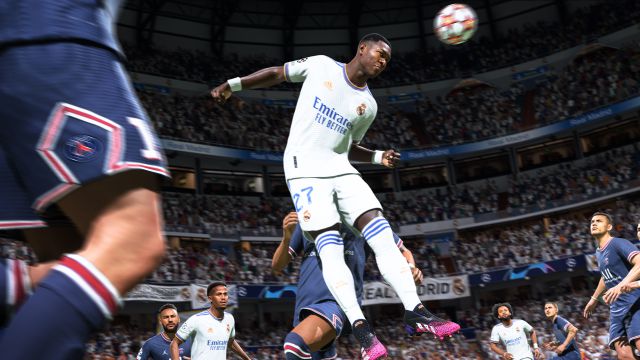 FIFA 22 : LaLiga returns for another season to the main stadiums in our country. For this reason, EA Sports publishes a new FIFA 22 teaser for the next gen version.FIFA 22 does not shy away from the opportunity to celebrate the return of football to the stadiums of Spain. EA Sports publishes a new teaser of the new generation version where LaLiga is the undisputed protagonist. Players like Alaba, De Jong, Joao Félix and Luis Suárez appear wearing their best clothes. You can see it in the tweet under this paragraph.

The signing of Leo Messi by Paris Saint-Germain has been the final touch to a market that they have taken advantage of really well. The Argentine is joined by the hiring of Sergio Ramos, Gianluigi Donnarumma, Acharf Hakimi and Georginio Wijnaldum. If we take the average rating of these players in FIFA 21, the scores reach 93, 89, 85, 83 and 85, respectively.

For this reason, the EA Sports account on twitter joked about the possibility of raising the value of PSG one more point above the rest. “Should PSG be the first six-star team?” They said in a tweet. For those who do not know what it is about, teams in FIFA are valued based on the average of their players in defense, midfield and forward, up to a maximum of 5 stars. Adding a sixth would elevate the team to a unique ranking.

FIFA 22 is scheduled to launch on October 1, 2021 on PS5, PS4, Xbox Series X | S, Xbox One, PC (Steam, Origin), Nintendo Switch and Google Stadia. Through this link you can see all the editions and where to reserve it. On the other hand, here you can check all the differences between versions. Find out which FIFA 22 you are going to receive according to your platform of choice.

Candice Patton of The Flash Says She was “treated differently” than...