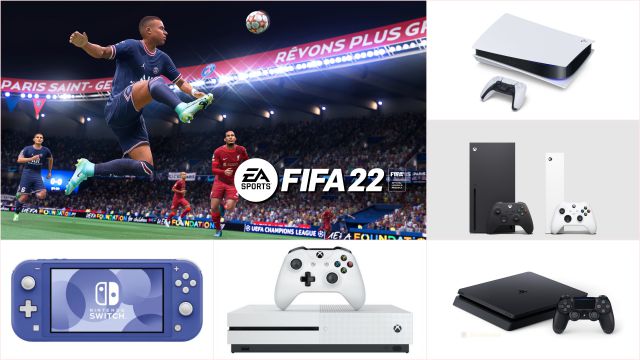 FIFA 22 will have differences depending on the version you play in. We tell you what you can expect from the simulator on PS5, PS4, Xbox, PC and Nintendo Switch.
FIFA 22 heads to market. The new installment of EA Sports will be available on October 1 on PS5, PS4, Xbox Series X | S, Xbox One, PC, Google Stadia and Nintendo Switch. As is usual when a new generation arrives, the company marks the differences between the recently released consoles and the rest. We tell you what you can expect from each one.

Next-gen consoles have already received a next-gen version of the series. FIFA 21 was chosen to debut with the season already started, although the feeling of being a transitional installment was transmitted. With FIFA 22 comes the first noticeable technical change. HyperMotion technology “enhances the gaming experience of all games in all available modes,” according to EA Sports.

The team has been able to count on advanced capture of footballers playing a real game 11 against 11. The “enormous volume of high-quality data” will convey the behavior of the squad more closely to reality. This technology has a machine learning system, an algorithm that obtains information from “more than 8.7 million frames of advanced game capture” with which to generate “new animations in real time”. They seek that the interactions are “more organic and respond better.”

Artificial intelligence is improved in behavior thanks to this hardware. “The power of next-generation consoles allows for greater player intelligence and provides each player with the ability to better understand formations and movements.” Offensive and defensive transitions will have greater credibility.

This, together with the graphical improvements and the use of the capabilities of the DualSense (PS5), will only be available in these versions. Unlike last year, the Dual Entitlemente program only offers the versions of the two generations if you purchase the Ultimate Edition. You will know all the details in the links at the beginning of this piece.

There are rumors that the popular 3DS exclusive will get a...