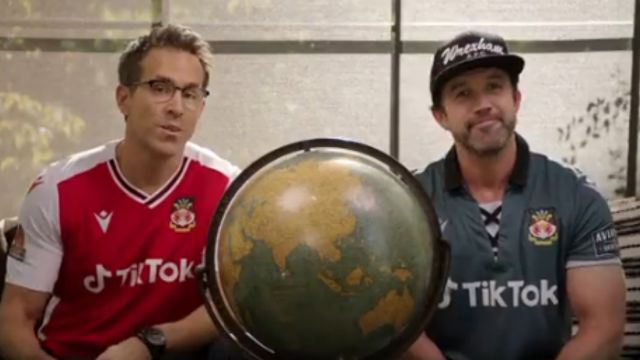 Wrexham AFC joins clubs from around the world in FIFA 22. The Welsh team is known for one of its presidents, popular actor Ryan Reynolds.FIFA 22 joins Wrexham AFC as a selectable team in quick match mode. The peculiarity of the Welsh club is that one of the two presidents is the popular actor Ryan Reynolds. He will be part of the teams within the category ‘Rest of the world’.

The agreement between EA Sports and the team goes beyond being present in the video game. The North American company will support the work carried out by the club off the pitch. They will build a community space for fans at their stadium, as well as other activities with Wrexham Glyndwe University.

“It’s great to be able to partner with Wrexham AFC, support the club’s commitments to the Wrexham community and its fans,” said David Jackson, vice president of branding at EA Sports, in a press release. “We are excited to launch innovative projects in collaboration with the Club, so that Wrexham fans can play with their team in FIFA 22 when the game is available later this month.”

On the other hand, the executive director of Wrexham AFC, Humprey Ker, highlights his enthusiasm for the incorporation of the modest club into the video game: “Only a small number of brands within football can be classified as iconic and with which all clubs want to be associates. Everyone is really excited about Wrexham joining FIFA 22 ”. “The co-chairs talked about making Wrexham a global force when they became its guardians and now they can, with our fans, take on the rest of the world as part of that journey,” he concludes.

He recalls that FIFA 21 is scheduled to launch on October 1 on PS5, PS4, Xbox Series X | S, Xbox One, PC and Nintendo Switch. Click here to read our impressions.

“Complete Restructuring” — Liverpool Fans React to The “Confusing” News About...

Star Trek: What are the origins of the Riker maneuver?