Home Tech FIFA 21: which TOTY cards are worth it? 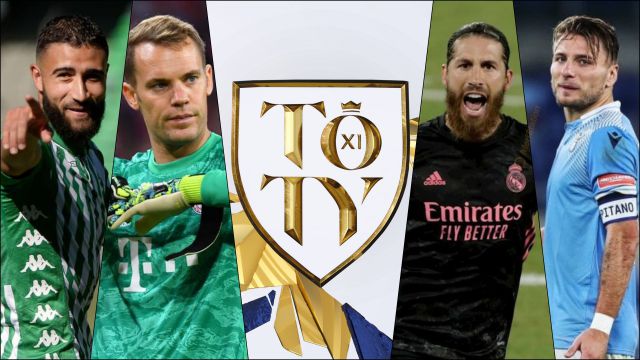 We pulled out the magnifying glass to analyze the players we recommend within the FIFA 21 TOTY, including the honorable mentions. There is a lot of fabric to cut.

FIFA 21 has welcomed TOTY 2020. The best players of the past year are already part of a luxury eleven, chosen by all the simulator players via popular vote. Given the circumstances of this series, their enhancements make them the highest rated cards in FIFA Ultimate Team, which in turn make them far above the value of their base back.

Therefore, in this piece we will review the statistics and the players that are worth adding to your team. We will prioritize on the cards with the lowest market price at the time these lines are written, so it may vary in the future. In any case, this is our selection, in which we will include those who have had an honorable mention.

Marquinhos is part of PSG’s defensive barrier. The Brazilian may not have played as well in a team that is not focused on Ligue 1. However, his nationality allows him to have chemistry with other lower-rated players, such as Thiago Silva or Marcelo.

The average score goes up four points over the basic card, while it also rises by five points in almost all individual statistics. His passing and pacing issues are balanced by a championship defense: 92. He’s a rock that can help you in FUT Champions for just 124,000 coins.

Fekir’s entry may clash among the prominent names of the TOTY. Although he is controversial in sporting merits compared to other faces, the truth is that his appearance enhances the virtues of a player who enters the top level of FUT.

237,000 coins separate you from a Messi variant like OLS, somewhat cheaper and with worse statistics, but with the same performance. Very high dribble (92) and shot from a pure forward (88). You can break defenses, take that last pass and try to hook her from outside the area, not to mention fouls… Recommended.