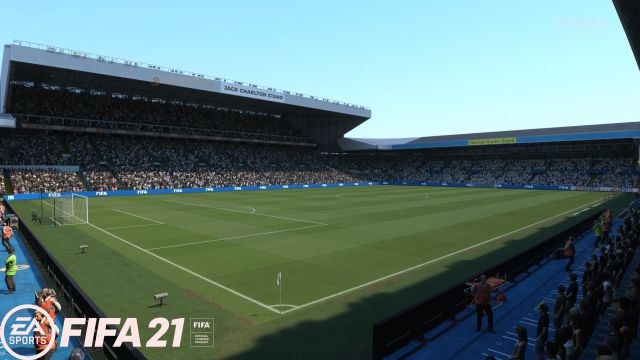 FIFA 21 adds a new stadium to its catalog. Elland Road, the home of Leeds United, landed in the game as part of Update 9, the full notes of which you will find at this link. It is now available free to all users on PS5, PS4, Xbox Series X | S, Xbox One, and PC.

The absence of Elland Road has been one of the controversial points since its launch in 2020. The fans of the Premier League, especially those of Leeds United, demanded the inclusion of a mythical field of English football.

Players opened a thread on the official EA Sports forums asking about his arrival. Some of them showed their discontent: “We are in the post-launch period and hundreds of copies have not been bought (including me) because we need Elland Road. […] I will not buy FIFA 21 until Elland Road is included in an update ”, commented Rollytarrant1. A thread that reached 8 pages.

Eastpoint Arena, as the generic field Leeds United played on was called, changes for its official image in all game modes. Of course, so far there are some problems in Career Mode, where the old one still appears. Hopefully it will be corrected in the next few days.

As for Ultimate Team news, on Friday, February 5, we will know the Future Stars selection, a new wave of cards in which the young promises of world football will stand out. On the other hand, the TOTW 19 is already available in the opening of envelopes; Mohamed Salah, Lautaro, Chiellini and Bono stand out. Click here to find out which cards are worth acquiring, whether you are a newcomer or want to profile your 11 for FUT Champions et al.