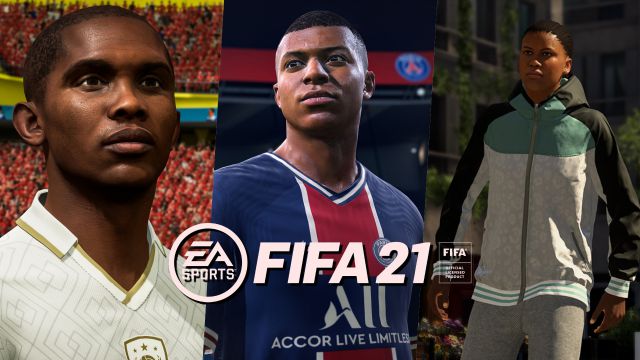 We tell you the complete notes of update 10 of FIFA 21 on PS4, Xbox One and PC. Changes in FUT, Pro Clubs, Career Mode and new faces.

FIFA 21 receives update 10 on PS4, Xbox One, and PC. The download, now available on all platforms, focuses on correcting various issues found in FUT, Career Mode, and some outdated cosmetic elements. Then we leave you with the complete notes.

Sometimes when attempting to matchmaking in Division Rivals, a startup message might be displayed but no matches could be found.

In online matches, the end-of-match screens featured players as founders of FUT; regardless of when the club was founded.

The Compare Price feature did not return any results when used on stadium items.

Adjusted the color of the timer on the Template screen for Live Template Creation Challenges to make it easier to see.

After logging in and out of the News tab, some parts of the interface were not displaying correctly.

Sometimes it took longer than expected for messages to appear in News panels.

An X symbol could be displayed in the UI on player items that met the squad requirements for the FUT Live Friendly Three Nations.

The interface could be visually corrupted when selecting and deselecting live templating challenges or favorite fundamentals.

Some shields showed a temporary image.

Substitutes entering the game lost too high of a stamina amount.

Fixed more cases where a player’s model was not displaying correctly.

The Snipers achievement was not unlocked when conditions were met.

A stability bug could be reproduced when viewing news articles in the tournament.

The scoreboard could show incorrect card information in the game

Some kits, announcements, balls, stadiums and 2D portraits have been updated.

The Connection Monitoring setting now defaults to Icons Only instead of Off.

There could be an extra umpire on Elland Road.