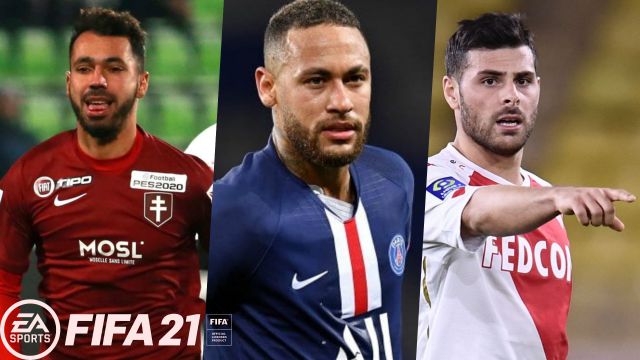 Ligue 1 opens the vote to the public to choose the player of the month for January, who will have his influence on FIFA 21. Neymar stands out among the nominees.

FIFA 21 prepares to select the most outstanding player of the month of January in Ligue 1. As with the Premier League and LaLiga, the French domestic competition gives its fans the opportunity to select which is the winner of the award.

FIFA 21 named player of the month in Ligue 1: open voting

There are three players nominated to compete for the first prize for the best player in Ligue 1 in 2021. As you all know, whoever wins will have a squad creation challenge in FIFA 21, which will give you their card with improved statistics and a special image . Voting, open to the public, is already underway. You can vote at this link.

The January 2021 POTM nominees in Ligue 1 are as follows:

It will be the fifth time the award has been awarded in the 20/21 season in the French league. The winners so far have been Ibrahima Niane, Jonathan Bamba, Andy Delort and Yusuf Yazici, respectively. It is hoped that in the next week we will know the chosen name.

In the Premier League it is a bit more disputed: 8 are the nominated footballers, among whom are Gundogan, Leno and Stones. If we go to our league, En-Nesyri was the winner of the month of January thanks to 7 goals from him in 6 games, almost nothing. The Sevilla FC forward has an SBC with very low requirements for what we usually see. If you want to get the letter, click on him here, where you will know his statistics, price and the solution to the only challenge proposed.

If you look at Ultimate Team today, Future Stars is the current promotion available during the opening of packs. Meet the future stars of world football.

OPPO Has Published A New System To Combat Game Addiction