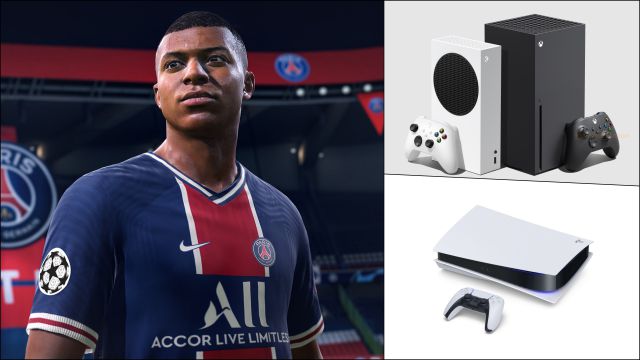 FIFA 21 releases an update that fixes a multitude of problems, especially on PS5 and Xbox Series X | S. Now available for full download.

FIFA 21 corrects a multitude of problems found during the first weeks on the new generation consoles. Remember that PS5 and Xbox Series X | S have a specific version to take advantage of the hardware, so they are different from those of PS4, Xbox One and PC.

Notable among the changes is the reduction in the accuracy of a volley when the ball is approaching the player who is going to shoot at high speed. On the other hand, the logic of intercepting a ball in defense has received further improvements. Also reduced the transition of a player’s speed when making a false shot while running after successfully performing a skill move.

For all changes, especially those that affect the last generation versions, we urge you to enter the official source of EA Sports at this link. When you open the game you will see the complete notes in full Spanish. The update is now available on all platforms.

Below we review the most important changes in these versions of FIFA 21.

Reduced the speed at which the ball travels when driving or crossing a cross.

Fixed an issue where in very rare situations, the player could move his position during an uncontrollable foul scene, giving an advantage.

Fixed an issue that sometimes occurred where a foul in the corner of the pitch resulted in an incorrect ball position.

Improved the referee’s logic in situations where a foul was made by the last player on defense, impacting a potential offensive opportunity.

Adjusted referee logic when better assessing whether a yellow card should be shown.

In some cases, the referees did not correctly whistle a foul that was made after physical contact or a static dribble.

Reduced some circumstances in which the player carrying the ball could trip after minimal contact in his box.

Fixed an issue that occurred in some situations, when a player who wanted to intercept a pass incorrectly moved his foot away from the ball.

Our Time To Look At The Screen Has Been Increased: What...