Home Sport FIFA 21: Man of the Match in February named 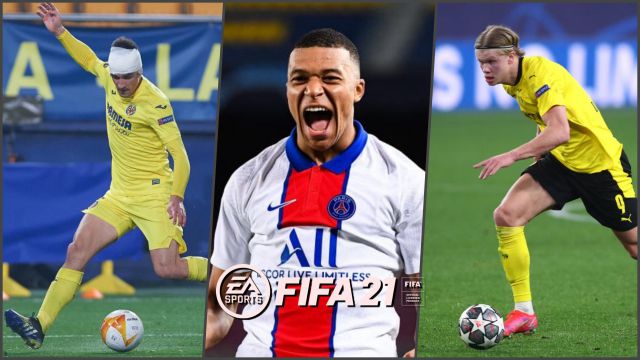 We know the complete list of the Man of the Match in FIFA February 21 in the UEFA Champions League and Europa League. Mbappé, Haaland and more.

FIFA 21 chooses the most outstanding players from the last day of the UEFA Champions League and Europa League, the most important competitions in European football. The first leg of the round of 16 of the UCL has allowed us to receive an assortment of cards under the special series Man of the Match.

Man of the Match in the UEFA Champions League and Europa League in February 2021: complete list

The names of this day defeated two teams from our country: Kylian Mbappé and Erling Haaland. The Frenchman was key in the victory of Paris Saint-Germain against FC Barcelona by a bulky 1-4; three goals were the result of his beating. On the other hand, the Norwegian made water to the defense of Sevilla FC with a new demonstration of his power: a pair of targets and influential in the offensive game, especially in the first half.

As for the Spanish representation, Gerard Moreno is the third player with the highest average rating of the selection. The forward reconfirmed Villarreal’s pass to the round of 16 with two goals against RB Salzburg. Five players from the UEFA Champions League and seven from the Europa League make up the list. Although the stats don’t improve that much, they do serve as a little boost.

Then we leave you with the complete list of selected ones. Remember that they are already available during the opening of envelopes and in the transfer market.

Charles Barkley to talk to LIV Gall about the role of...